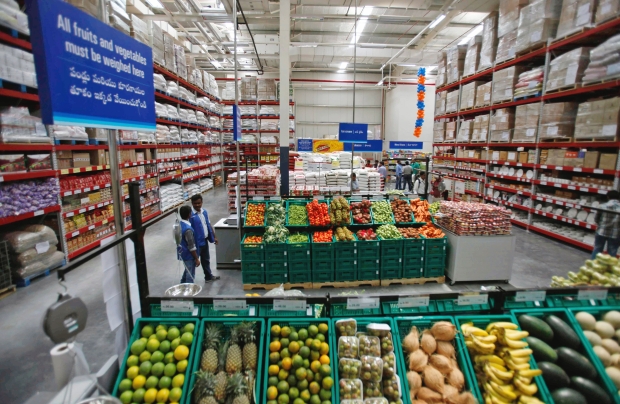 Walmart India, the completely owned subsidiary of Walmart Stores based in the U.S. has announced its plans to add another 50 cash and carry stores in the country in the next four to five years. It has been announced that the stores will be focused on the B2B segment in India.

Regarding this, Rajneesh Kumar, the Vice President and Head Corporate Affairs at Walmart India stated that while growing their business in India, the firm is continuing to invest on the supply chain infrastructure as well as supplier development, mainly to help the growth of both small and medium manufacturers in the country.

In a statement, Kumar stated that as a B2B business model, the Walmart stores in India that are Best Price Modern Wholesale stores sell their products only to the businesses. The existing FDI (Foreign Direct Investment) guidelines let 100 percent FDI in the B2B wholesale business.

Furthermore, he stated that they are extremely delighted with the increased focus on both states and center on doing any business. Apart from being helpful in the favorable investment atmosphere, it is also continuing to add local jobs as well as contributing to the nation’s growth.

Walmart India started its operations in the country with 20 best price wholesale stores in across nine states all over India. The first store was opened in Amritsar in May 2009.

Apart from this, Walmart India is also in plans to expand its e-commerce platform and it has sent the employees that it has managed to hire and, so that there is to send employees to the kiranas of customers to suggest the updating of the shops.

Passionate in Marketing - November 30, 2021
0
Mumbai/Chennai, 30th November, 2021: Divo, one of India’s leading and well-established digital media and music companies has partnered with Media Masons, a...