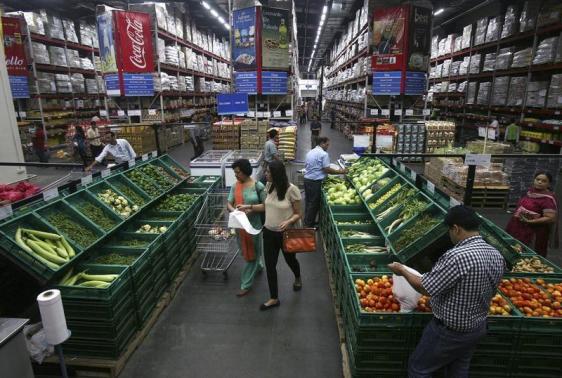 Walmart, which currently has 20 stores across the country is planning to locate nearly half of its 50 stores in the country in Uttar Pradesh and Uttarakhand. The Gobal Retail Giant which is eyeing food retail is also planning to open 10 stores each in Maharashtra, Andhra Pradesh and Telangana. Walmart presently operates ‘Best Price Outlets’ in Amravati and Aurangabad in Maharashtra. Coincidentally all the states where it is having presence or planning to have presence has a NDA Government or governments which are close to NDA.

Walmart which had a tie up with Bharti a few years ago and which operates independently had recently gone slow on expansion. The company plans to operate 50 new stores in the next three to four years and it may open even more if the government gives clarity on the food retail guidelines. The government had recently allowed 100% FDI in food retail and which Walmart terms as a very progressive step. Walmart as part of its expansion in cash and carry segment has developed three hubs which are its focus areas. One cluster is in North India, the other in South India and the third one in Maharashtra. With this move company is hoping to create 40,000 jobs in UP and Uttarakhand.

After coffee lounges get ready for tea lounges from Wagh Bakri...

Cotton Apparels to be costlier