What if there were no ads? What if Brands relied on only word of mouth? Would they have succeeded? I doubt it! Advertisements are now an integral part of the market mix, be it through televisions, or through the online mode. Here we will specifically be talking more about motion advertisements.

So how are the Indian viewers welcoming these ads? Some hate it; some love it while some can’t do much about it but watch! But getting deeper into the subject, we’ve come across some traits or behaviours that viewer’s exhibit while watching the advertisements.

Some advertisements have displayed their logos quite prominently throughout the ads. This seems to create a resistance among viewers as although they may like the brand, but create a feeling of the brand being too pushy. A recent Parle advertisement had some decent content in its commercial, however spotted the logo throughout the ad which was a slight put-off.

Another challenge advertisers generally fail to tackle is that the moment the commercial gets displayed, the viewers get bored instantly. The content fails to tackle two important aspects that will keep viewers hooked onto, the first one being Happiness and the other being Surprises. Ads that are too predictable often gets ignored by customers and don’t get spoken about much as well. For one of the soft drinks brands, they seem to carry out their message of being fearless, which is ok, but gets clichéd in the messaging of all their commercials.

One important aspect of winning you viewers is to tackle the emotions through your content and presentation. Often you find that initially commercials, get you emotionally charged up however fail to carry it on throughout the commercial. If these emotions are handled in a very stable way, there may be chances that the channels get flipped after a few seconds.

Interestingly, my fourth point addresses the word of mouth portion once your audience has viewed your commercial. There is simply no word of mouth. They watch your commercial, but do nothing about it. Are they the right target audience? One might wonder! There is a category of viewers who although watch the commercial, is a part of your target market, but just won’t talk about it!

Now how do you go about addressing these categories of viewers? Have some thought? Share it with us or watch out for the next article on how to address these challenges as an advertiser! 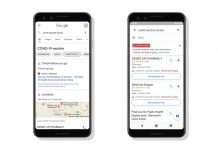 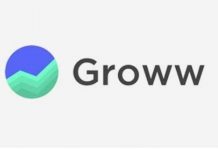 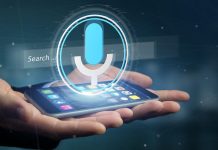 In the modern world, voice is the next big thing: Report by GroupM

Narthana Raj - April 5, 2021
0
Seven Islands Shipping, a seaborne logistics company, has obtained permission from the Securities and Exchange Board of India (Sebi) to raise Rs...