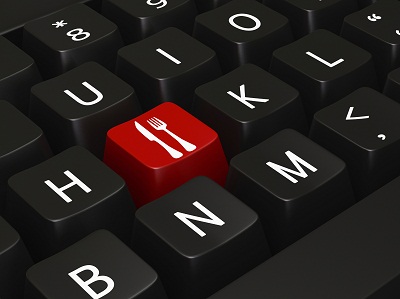 The fast food industry is progressing to an extent that food can be ordered online on the go. This convenience brought in by the restaurants has resulted in a significant growth in the web and mobile driven sales. Other than fast food outlets such as McDonald’s and KFC, even the restaurants including Punjab Grill and MainlandChinato mention a few are also taking the online route to witness a growth when the sales and profits are under pressure.

The advantage of moving online is that online orders do not require them to dependent on call centers thereby reducing the cost by half as they are routed directly from the website to a relevant outlet. From the consumer point, the orders can be placed from anywhere on the go. Moreover, the restaurant chains are coming up with applications to communicate with the consumers and provide them information regarding current offers, promotions and new menu inclusions that is tough to know through a phone call.

Regarding this, Harneet Singh Rajpal, senior VP, marketing, at Jubilant FoodWorks claimed that the convenience of direct communication is boosting the online ordering numbers. Also, it was revealed that mobile ordering app downloads has crossed 2 million with the penetration of smartphones and it has contributed 27 percent to the delivery sales in the third quarter of 2014. This is a significant growth as compared to the 18 percent of delivery sales in the same period last year.

He added that ordering via applications on the mobile devices is a personalized way to order what they want and it saves the time and cost as they are directly flashed on the kitchen screens of the respective restaurants.

Also, Harminder Sahni, founder of consulting firm Wazir Advisors says that global markets such as US witnesses 50 percent to 60 percent of sales via mobile and web ordering and in India the trend is gaining popularity and is growing rapidly. The cost is claimed to be saving the cost by 40 percent to 50 percent to the restaurants.

Foodpanda, an online food ordering platform connects over 4,000 restaurants across 100 cities and operates in over 40 countries. Its mobile application has surpassed 5 million downloads already.

Passionate In Marketing - March 3, 2015
0
The largest video sharing website YouTube has over a billion subscribers has posed a ban on content creators from directly partnering with advertisers and...

Is Offering Warranties a publicity stunt of Home Developers?