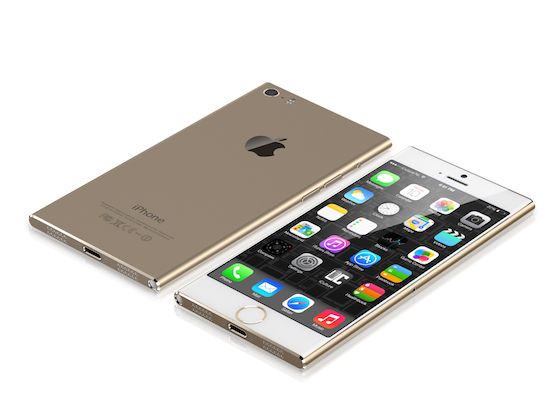 Aug 18, 2014: With the latest reports having revealed that the new iPhones will be unveiled on September 9, the speculations have geared up and the entire tech world is wondering what will be unwrapped at the event. Nothing that could be a part of the iPhone 6 is certain, but there are too many rumors that have painted a fair picture of what we can expect. From these speculations, we can expect two different iPhone models that are bigger and prettier. Here is a glimpse of some those aspects that we can expect to see in the next generation iPhone 6 models that will be coming up in the coming weeks.

According to numerous media reports that have been circulating since quite sometime, Apple will be launching two different iPhone 6 models – one featuring a 4.7 inch and the other with a larger 5.5 inch model. However, there are claims that the bigger model’s launch is staggering due to manufacturing issues. But, these large screen iPhones could compete with the increasing size of the Android biggies.

The concept of sapphire displays has been evolving the gossips lately and this was one of the biggest rumors regarding the iPhone 6. The handsets were claimed to include this super string crystal display in order to eradicate the expensive processor of fixing a cracked or broken screen.

While the previous generation iPhone models have been featuring glass all over them, it appears like the new iPhone 6 will come with a unibody metal chassis, presumably aluminum. With the metal chassis and the sapphire glass display combination is sure to make the Apple smartphones toughest handsets launched ever.

Going by the latest reports that have been making rounds across the tech world, the iPhone 6 screen with not only witness an increase in the size, but also a boost in the resolution from 1136×640 pixels to 1704×960 pixels.

Also, the handsets will reportedly come stuffed with quad-core Apple A8 processor with a clock speed of 2 GHz. This is a significant boost to the dual-core 1.3 GHz Cortex A7 processors used in the previous generation models and can have a great impact on the speed of the iPhone 6.

It is also believed that Apple will be using a better battery with a heavier 2,500 mAh unit or a replaceable one this time. Other possible enhancements on the hardware front include a 13 MP primary snapper instead of the same old 8 MP sensor and the inclusion of a NFC (Near Field Communication) chip to make mobile payments.

Other than these aspects that we expect from the iPhone 6, the handsets are also believed to include scratchproof logo, new touch ID sensor, protruding camera, recessed volume controls, heart rate monitor and other feature enhancements. Anyways, all these details will be revealed at the September 9 launch event.

Vimal launches a new technology product ‘Protector, a four in one...

Joggers and Night owls- the new trend setters in shopping!