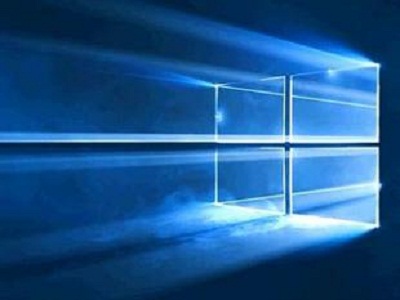 Microsoft created a lightshow to detain the hero image for the Windows 10 desktop background. The firm has ambitious plans to get the Windows 10 platform on one billion devices in a few years of its commercial release. The image of the Windows logo captured with glass, smoke and lasers will be one of the most visible photographs.

Before this latest photograph, the Bliss theme on the Windows XP is the most iconic desktop photo and it depicts a grassy hill set alongside blue skies and white clouds. The Windows 10 background was shot be Bradley Munkowitz, a photographer in a studio located inSan Francisco,California. He is known for his work on Oblivion and the Tron futuristic movie.

The photographer wanted to create a glass portal to depict the light shining through the Windows logo. The resulting image goes well with the darker theme of Windows 10, but it will not be animated as it is seen in the video released by Microsoft.

The ones who are not eligible for the free promotion can get the Windows 10 Home for $129 and Windows 10 Pro for $199. The firm has already ran campaigns in theU.K.and Eurozone countries and it is revealed that the priced in these regions will be £99.99 and £135 respectively.

The Windows 10 software will bring back the traditional Start menu that brought in controversies when it was removed on the Windows 8 platform. The other new features of Windows 10 include Cortana digital voice assistant, Microsoft Edge browser and Continuum for hybrid convertible notebook users to change their device between tablet and laptop modes in a seamless manner.

Passionate In Marketing - August 10, 2020
0
The Airline passenger demand will remain strictly depressed in 2021 and there is no chance for significant recovery before 2023, according to Moody's Investors...