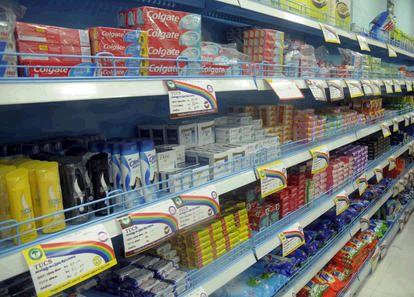 October 8, 2013: Very recently Credit Suisse came up with the Indian Consumer Report which highlights the fact that the period 2000-04 was the worst period for FMCG sector in India. The FMCG growth during this period was the worst in the last three decades and the CAGR was recorded at 5 per cent. The whole FMCG industry saw a growth in single digits and the same was reflected in the growth of big time companies like ITC, Nestle, Colgate, GSK and HUL.

The report highlights that HUL which was following a power brand strategy recorded a growth of zero per cent during that time and the company also saw a decline in EBITDA margins despite showing lack of operating leverage. Most of the companies during the time from 2000-04 though followed cost cutting measures and lack of operating margin; they recorded very strong margin expansion.

The report suggests that the companies not only went for portfolio rationalisation, this time period also saw major FMCG companies increasing the combined margins. The companies used multiple cost levers during that time and they kept the fixed cost especially in the tough environment under tight leash. The hiring was at a all time low and staff costs grew at 2 per cent CAGR and miscellaneous expense saw a growth of 4 per cent CAGR.

The Indian Consumer Report by Credit Suisse reports that revenue lever like distribution and innovation and margin levers are stronger than what it was in 2000-04 and FMCG companies in the financial year 2008-13 are investing in long term drivers. This has resulted in increasing of fixed costs. The report suggests that companies would curtail their investments in the future if the slow down persists for some more months to come and if the market does not respond to stimulus given by the Government.