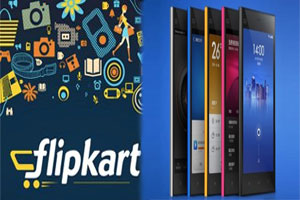 July 30, 2014: Xiaomi which made a second flash sale on Flipkart sold out all its Mi3 devices in five seconds according to the online retailer Flipkart. The Chinese handset maker had 10,000 Mi3 smartphones up for sale in the first and the second round. The first round of sale was made last week. According to Flipkart, about 100,000 customers had registered to buy the Mi 3 smartphone, priced at Rs 13,999 and many of them were left disappointed because of the limited stocks.

The company had earlier asked the customers to log on to the website and stay ready for the sale. Speaking about this record foot, Manu Jain, Head of India Operations for Xiaomi was quoted as saying, “We’re pleasantly surprised by the numbers we saw on Tuesday. There were an estimated 2.5 lakh customers on the site at the time of the sale.” He further added about the shortage of devices, “We are ramping up production on the backend to meet with demand here. “

Xiaomi will be holding its next sale on August 5 and for that also the customers would have to register on the e-commerce major Flipkart’s site which is the exclusive dealer in India.

Passionate In Marketing - October 24, 2020
0
Kotak Securities , a brokerage firm, spotted a contrarian opportunity in banking stocks. This opportunity is regardless of the uncertainties that existed...