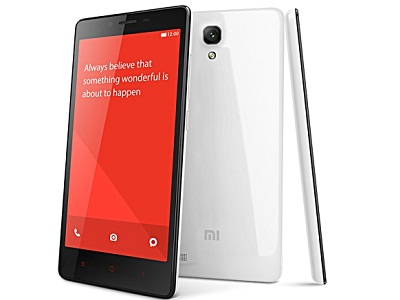 Xiaomi will start selling its Redmi Note Prime smartphone on both Mi.com and Amazon.in from December 15 for a price of Rs 8,499. This is the second smartphone that is made by Foxconn’s facility in Sri City in Andhra Pradesh, out of its home country.

Xiaomi’s India Head, Manu Jain stated that they are very happy to deliver the promise of constantly innovating and meeting the demands of their Mi fans. The local manufacturing has made the commitment of Xiaomi evident. The manufacturer is excited to unveil their second ‘Made in India’ device for the Mi fans in the country.

In August this year, the China based maker announced that it will make its devices locally in the country to show its commitment to the initiative of ‘Make in India’. The company started its plans with the Redmi 2 Prime smartphone.

When it comes to the specifications of the Redmi Note Prime, the device flaunts a 5.5 inch HD 720p IPS display and equips a quad core 1.2 GHz Snapdragon 410 chipset. The processor is teamed up with 2 GB of RAM for multitasking. There is 16 GB internal storage space that can be expanded further by another 32 GB using a micro SD card and the device is fueled by Android 4.4 KitKat based MIUI 7.

The Redmi Note Prime supports 4G connectivity and it is a dual SIM smartphone. It has a 13 MP main snapper with a f/2.2 lens and a 5 MP front facer. A 3,100 mAh battery energizes the device from within.

Basically, the Redmi Note Prime is similar to the original Redmi Note that was launched in the last year with only a slightly upgrade in terms of specifications. If you were waiting for this smartphone, you can opt for the Lenovo K3 that is a better offering with an octa core chipset and Full HD 1080p display for a price of Rs 9,999.

Passionate In Marketing - August 29, 2014
0
August 29, 2014: LINE, the leading mobile platform across the world with an 18 million user base inIndiahas come up with the Android edition...

Philips to drop the word “Electronics” from its name