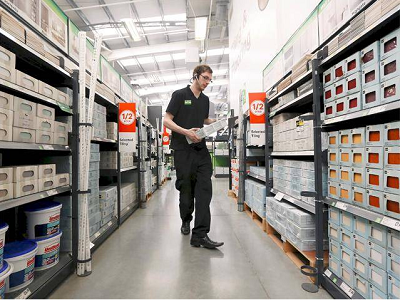 Swiss Military, the premium lifestyle products brand is in plans to open 171 Swiss Military stores in India by the end of 2016. Of these 171 stores, 11 will be owned by the company and the other 160 will be opened as franchise models.

Regarding this, Anuj Sawhney, the Worldwide Managing Director of Swiss Military stated that they are 160 franchise stores of the company will be located in the tier 1 and tier 2 cities of the country. Also, he added that there will be over 4,000 multi-brand outlets in the same period that is before the end of the next year.

On the other hand, the 11 company owned Swiss Military stores in India will be set up in the main cities such as Mumbai, Delhi, Pune, Bengaluru, Kolkata, Chandigarh, Ahmedabad, Chennai and Hyderabad.

Also, it is stated by the executive that Swiss Military will make an investment of around Rs 200 crore in the country. Regarding the funding of the expansion, he stated that as the company is free from debts, the expansion will be made via internal growth, profit from the franchisees and global resources.

Swiss Military is focusing largely in adding to the number of its products in India. As of now, they are selling 300 products classified under five product lines such as pens, accessories, electronics, leather and baggage in the country. The company will launch 60 products per month in India.

The finest lifestyle products brand forayed into the Indian market five years back in the corporate gifting segment. Later, it moved into the in-flight sales teaming up with Jet Airways, Air India and Indigo. The products of the brand will be available on the online portals such as Amazon and Flipkart.

Swiss Military entered the retail market of India in April last year. It is now available in 57 towns and 23 states across India. The Swiss Military products are also available in over 550 multi-brand stores all over the country.

When it comes to a global scale, the brand has 1,800 models of products ranging across segments such as sunglasses, household appliances, footwear, electronics, leather wallets, cosmetics, sleeping bags, tents, etc. Right now, there are 600 stores of the brand across the world. Of these, only 11 are owned by the company and they are mostly located in France, Germany and Switzerland.

Passionate In Marketing - August 28, 2012
0
Aug 28, 2012: MTNL, the state run telecom operator has launched a unique service by which subscribers in Delhi and Mumbai can order for...

Fill your pockets before craving for Pizzas and Burgers

Things to consider for Marketing Budget 2013

Apple to relaunch iPhone 4 8GB version to boost up sales

Ready to drink tea and coffee market in India expected to...

Luxury Labels Opt to E-Tailing to Expand Presence in India