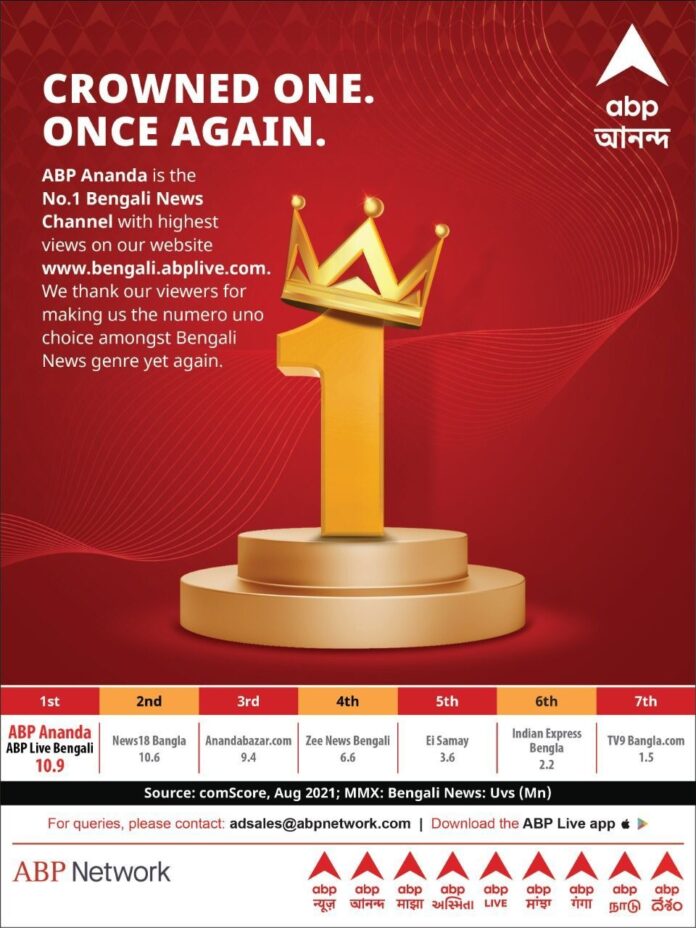 According to a Comscore report based on August figures, ABP Ananda’s digital platform had the highest number of unique visitors among all Bangla digital news media

The digital platform of ABP Ananda is the top Bengali language news website, according to the latest data from measurement and analytics company Comscore.

The ranking is based on the number of unique visitors (UV) the site received in the month of August. At 10,920 million, ABP Ananda Digital had the highest number of UVs among all Bangla digital news media in August.

Readers and viewers found bengali.abplive.com to be the most up-to-date website when it comes to news. For National or West Bengal politics news, or to know about the grievances of people from the remote areas of rural Bengal, readers, and viewers have all preferred to visit the ABP Ananda site first to keep themselves posted.

Comscore came out with the report after assessing a total of 4,67,915 million digital population or digital media users. Speaking on the achievement, Mr. Avinash Pandey, CEO, ABP Network said, “It is a matter of great pleasure that ABP Ananda is once again at the top in the Comscore rating. Bengali viewers have helped us hold first place in the world of Bengali news. This achievement proves once again that ABP Ananda is a pioneer in the digital news space in terms of credibility.”

Author - October 21, 2021
0
India and Israel have been trading partners since ancient times. They have shared commodities, religions, ideas, and language, throughout the ages. Even...