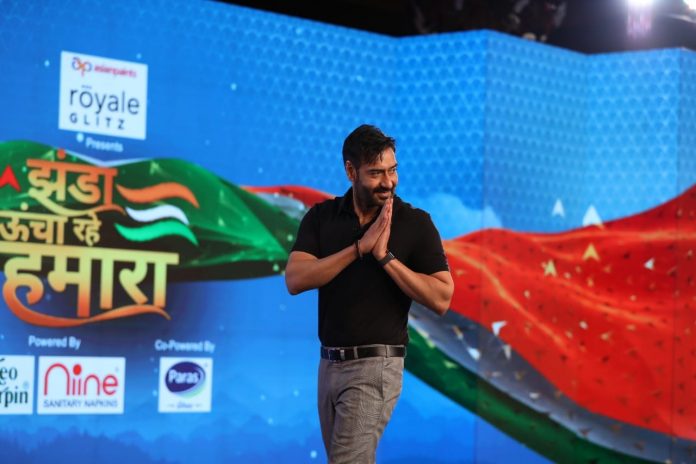 Noida, 12th August 2021: As India gears up to celebrate its 75th Independence Day, ABP News paid a spectacular tribute to the martyrs on its event ‘Jhanda Uncha Rahe Humara’ (JURH). Renowned actors, Ajay Devgan & Sharad Kelkar and Writer & Lyricist, Manoj Muntashir were present as Chief Guests at the event, who paid homage to the families of martyred soldiers.

Jhanda Uncha Rahe Hamara is an earnest initiative by ABP News that captures the true spirit of patriotism. It was launched to reinforce the patriotic fervour of the nation and to uphold the notions of Bravery, Courage, and Independence. JURH has been running successfully on ABP News since the past 7 years has delivered many memorable editions that have reinforced the pride of being an Indian.

This edition of JURH focused on celebrating the contributions made by the armed forces and paramilitary personnel in the past one year. Soldiers from Indian Army, NDRF, Indian Air Force, CRPF, and DRDO were felicitated at the event. These individuals havenot only kept their nation ahead by showcasing exemplary courage but have also motivated and inspired millions of Indians.

The event commenced with a dramatic instrumental performance by a fusion band, Mausiqi followed by the felicitations. Indian Lyricist, Mr. Manoj Muntashir performed at the closing ceremony of the event.

The list of martyred soldiers whose families were felicitated at the ceremony are as follows:

Speaking about this, Mr. Avinash Pandey, CEO, ABP Network said, “Jhanda Uncha Rahe Humara is a heartfelt initiative that strives to capture the true spirit of patriotism & national service. At this event, we salute the strength, courage, and conviction of our nation’s brave-hearts who have displayed exemplary valor in the line of duty. We will never forget their bravery and sacrifice and their stories will continue to inspire us.”