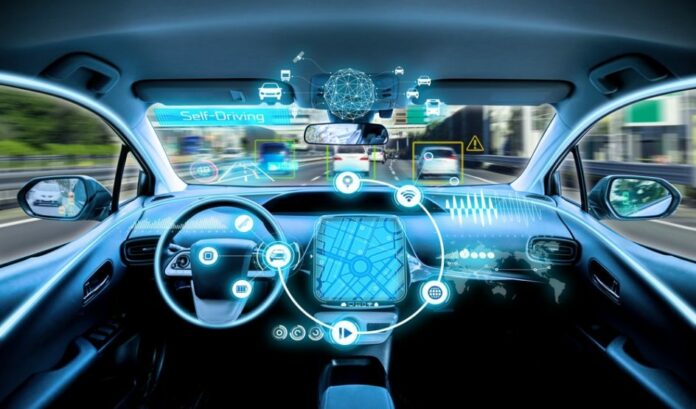 Autonomous things (AuTs) or the Internet of Autonomous things (IoAT) are filled with cameras, AI, and computational tools to enhance what they can do. Autonomous vehicles need to communicate with their surroundings in order to stay free from incidents. A few examples of AuT include self-driving cars, helicopters, automated smart home systems, and other technology that do not require human intervention to be operational. As a result, AuT has established cases of use in a few industries, including retail, defense, transport, and military.

Gartner expects that in the years to come, automated stuff will be the most important software trend. Second, the cost of the sensors is dropping and the automation engine, AI software, and hardware are getting stronger. In general, programming that comes into touch with this current environment rather than the modern universe would have an unbalanced effect.

Retailers know that they can lose clients because of their checkout process. Moreover, autonomous shops like Amazon Go are bringing the feeling to customers where they can order without the pressure of checkout lines. Suppliers of checkout-free retail technologies, such as ‘Grabango,’ use sensor vision and machine learning to keep a virtual retail container for each person in the store. Innovation is required to cope with a huge number of simultaneous checkout transactions.

Autonomous military drones will collect intelligence in real-time and assist decision-making. However, deadly autonomous vehicles are a matter of study, Regulations are not being used or whether their use is not yet available. There are different views on the morality of using deadly drones in the military. Others support the military use of autonomous drones, although some are against it.

Autonomous water-based vessels are used to collect data from the surface of the sea. Their vehicle SD – 1020 completed the Antarctic circumnavigation. The information obtained by these water-based drones would allow weather analysts to make more accurate predictions.

With the machines operating together in teams, there can be gadgets that pose challenges when in service. In such situations, these self-organizing bodies would have the possibility of changing their behavior to deal with the situation in an acceptable way. We can confidently assume that as progress progresses into IoAT, more mobile devices may have the ability to fix problems. Dependence on cloud and even IoT use will decrease.

Author - January 19, 2022
0
The Department of Pension and Pensioners' Welfare has issued another office memorandum regarding coverage under the Central Civil Services (Pension) Rules, 1972,...