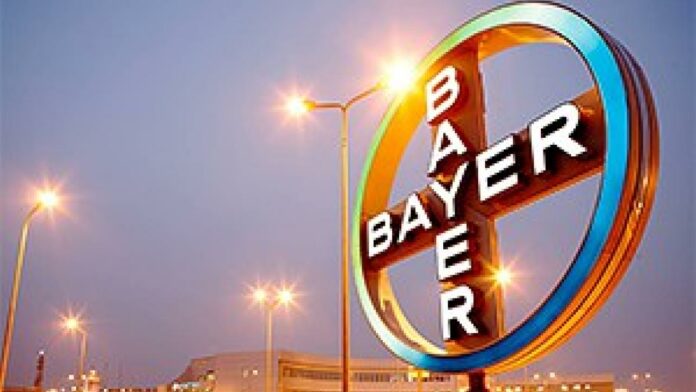 Mumbai, 27 September 2022: Bayer today announced the launch of vericiguat (VerquvoTM), a soluble guanylate cyclase (sGC) stimulator, in India. Vericiguat is indicated, along with guideline-based medical therapy, in adults with symptomatic chronic heart failure with reduced ejection fraction (less than 45%), following a recent event of worsening heart failure which required hospitalization or outpatient intravenous (IV) diuretics. Vericiguat works on a pathway not currently targeted by existing heart failure treatments and can reduce the risk of cardiovascular death and heart failure hospitalization in such patients.v,vii

Chronic heart failure (HF) is a substantial economic and public health burden affecting more than 8-10 million people in India. The average age of an Indian heart failure patient is a decade younger than their western counterparts being 55 – 60 yrs.   Despite the substantially younger age of patients with HF in India, the 5-year mortality rate is 60%. HF remains the commonest cardiac cause of hospitalization in India with worsening heart failure events being one of the most important causes of death in heart failure patients.i-iv

Mr. Manoj Saxena, Managing Director, Bayer Zydus Pharma, says, “Bayer is pleased to bring VerquvoTM to India in the week of World Heart Day, as a new treatment option for worsening heart failure patients to reduce frequent hospitalizations and the risk of death. Despite therapy, chronic heart failure patients can experience disease progression that disrupts their lives and leads to worsening heart failure events, where hospitalization or initiation of intravenous diuretics are needed[i]. After an event of worsening heart failure, more than 50% of patients may require re-hospitalization within 30 days. The in-hospital mortality rate in India is also high and registry data suggest that it ranges between 10–30.8% as compared with 4–7% in Western countries i,ii. Verquvo can help patients stay out of the hospital and improve the chances of survival in such patients[ii].”

Bayer has received approval of vericiguat (VerquvoTM) in India based on the results of the pivotal Phase III VICTORIA trial, published in The New England Journal of Medicine (NEJM) in March 2020vii. The Phase III VICTORIA data showed that vericiguat significantly reduced the combined risk of cardiovascular death and heart failure hospitalizations compared to background therapy alone, following a worsening heart failure event.

Vericiguat is currently approved for use in 35 countries including the United States, European Union countries, the United Kingdom, Japan and Singapore. Vericiguat is the only treatment that has been recommended following a worsening heart failure event, on top of foundational heart failure therapies in major international guidelines including the European Society of Cardiology (ESC) Guidelines, American Heart Association (AHA), American College of Cardiology (ACC), the Heart Failure Society of America (HFSA) and also the Canadian Heart Failure Society/Canadian Cardiovascular Society (CCS/CHFS) Heart Failure Guidelines. Verquvo will be made available to address the needs of HF patients in India at an India-specific price, almost at the same time as HF patients in around the world.

Vericiguat is approved for use by the U.S. Food and Drug Administration (FDA) in January 2021, and by the European Commission in July 2021.

Listen to a collection of 5 inspiring audiobooks on B.R. Ambedkar...

Passionate in Marketing - December 6, 2022
0
Dr. Bhimrao Ramji Ambedkar, the father of the Indian Constitution, was an Indian jurist, economist, politician, and social reformer. Babasaheb, as he...

ONDC will be a gamechanger for the FMCG say experts at...

Moneycontrol and Spartan Poker announce season 2 of the popular online...

Welcome 2023 with panache at The Ummed Jodhpur Palace Resort and...