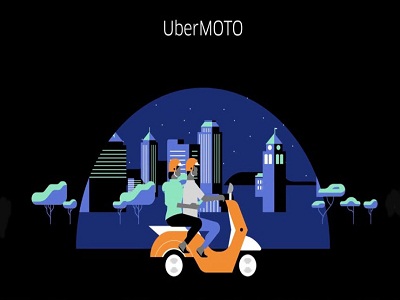 On Thursday, Uber launched its biketaxi service UberMOTO in Bengaluru. It is the second city to get this service after Bangkok. The UberMOTO service is aimed at gaining the additional revenue streams in India that is one of the world’s largest markets for the two-wheelers.

The fares will be quite low as the service charges only Rs 3 per km. Uber has come up with this service in Bengaluru as the city suffers a similar traffic congestion issue as in Bangkok.

As per the sources, the company is bullish that there is a huge opportunity with the solo bike riders who have space to take the pillion riders who commute on the same route. This service will be introduced as a pilot project in Bengaluru that faces perennial traffic congestion. Later, the service will be expanded to the other parts of India.

As per the estimates by the Karnataka state transport department, the state’s capital had a total of 3.8 million two-wheelers and this includes scooters, mopeds, and motorbikes. If the UberMOTO is successful, it will open many two-wheeler riding options for the commuters. Also, there will be a significant expansion of Uber’s business. The average travel speed in the city is just 10 km per hour.

For now, there is no confirmation from Uber regarding this service. The service was launched in Bangkok on February 24 and it Uber said that all the safety features are intact before, during and after the rides. This includes GPS tracking, option to share the trip details with friends and family, and two-way feedback. These features were a part of the UberMOTO service will be included in the service to be launched India as well. The rates will vary from Rs 3 per km to Rs 5 per km. It will be the lowest offering by Uber till date. The company will charge a commission of 20 percent on each ride. Also, it will provide the option of paying with either credit or cash and there is an electronic facility too.

Passionate In Marketing - June 30, 2020
0
Shortly after HUL decides to ditch ‘fair’ from Fair and Lovely, Shaadi.com which is one of the leading matrimonial sites announced that it would be removing skin tone...