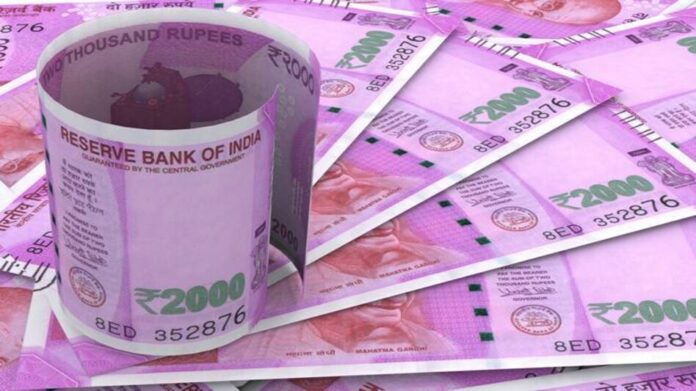 The rupee plunged against the dollar on Thursday, losing more than a hundred paisa in a single day of trading, as Russia’s invasion of Ukraine spurred a jump in crude oil prices to multi-year highs and a global wave of risk aversion, according to traders.

Russia, which recognizes two separatist organizations in Ukraine, invaded the country on Thursday, resulting in more than 100 casualties.

Given that Russia is a big supplier of crude oil, the global crude oil supply may be interrupted if Western powers impose tougher sanctions on Moscow than they have so far.

Brent crude, the global benchmark, surpassed $100 a barrel for the first time in seven years, and traders fear that the commodity’s price would continue to grow due to the geopolitical situation.

Given the potential of rising trade deficits and inflation posed by the hardening of oil prices, the rupee’s outlook has been seriously harmed. India is the world’s third-largest commodity importer.

According to dealers, the military crisis in Ukraine resulted in a significant boost of safe-haven assets such as the US dollar as investors fled risky developing market currencies.

Around 4 p.m. on Wednesday, the US dollar index, which measures the greenback against six major rival currencies, surpassed the 97 mark, up from 95.85. At the time of writing, the index was 97.05.

The rupee was also pulled lower by slaughter in domestic equities markets, according to traders, with the Nifty 50 and the BSE Sensex losing 4.8 percent and 4.7 percent, respectively.

Dealers believe the rupee would find support around 75.50/$1 in the next few days, as the Reserve Bank of India is expected to use part of its foreign exchange reserves to prevent excessive volatility in the exchange market.

Total foreign exchange reserves were $630.19 billion as of February 11, according to the latest data from the RBI’s website.

“The news flow today (Thursday) was absolutely bad on all fronts; there’s no knowing where the oil price ceiling is currently, especially given Russia’s invasion of Ukraine,” a foreign bank dealer said on condition of anonymity.