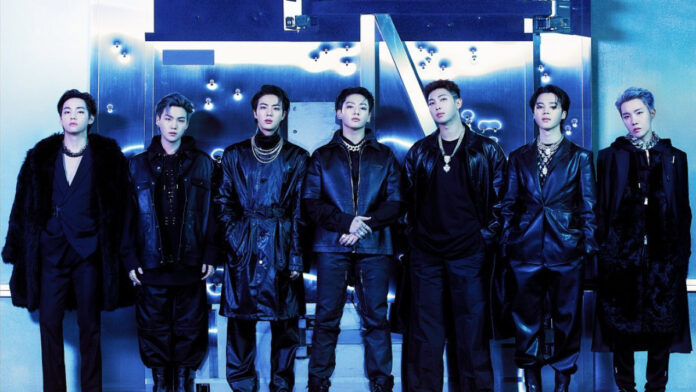 BTS‘ new album, ‘Proof,’ landed at No. 1 on the Billboard 200 chart, making it the group’s sixth number one. According to Luminate, the retrospective, which consists of of previously released songs, debuted in the United States with 314,000 equivalent album units in the week ending June 16.

The great majority of the units were sold as CD albums. The Luminate Billboard 200 list rates the most popular albums in the United States each week based on multi-metric consumption as measured in equivalent album units. Units are counted for album sales, track equivalent albums (TEA), and streaming equivalent albums (SEA).

On June 21, the complete new chart, which is dated June 25, 2022, will be posted on Billboard’s website. On June 10, the band declared a pause to focus on solo projects, and ‘Proof’ was released just four days later.

BTS’s vacation announcement is the latest setback for South Korea‘s entertainment industry, with their managing agency Hybe Co.’s stock plummeting by 25% on Wednesday.

This year, an equal-weighted basket of Korean drama producers and pop music agencies has dropped 39 percent, beating the benchmark Kospi’s 18 percent decrease. According to Bloomberg projections, the 22 companies in the cohort lost $12.7 billion in market value in 2022, with Hybe accounting for more than half of the loss.

That’s after the basket increased by nearly 60% in 2021. As the BTS-caused slump demonstrates, entertainment companies can become unduly reliant on a single artist.

The seven-piece South Korean band was formed in 2010 and debuted on the American Billboard charts in 2013. BTS has 15 entries on the Billboard 200 albums list.

On Monday, Billboard reported that Proof had won the top spot on the Top 200 Albums chart.

The album was published on June 10, just a few days before the BTS Festa dinner, where the members discussed taking a hiatus to work on personal projects. HYBE, on the other hand, disputed that the band was on hiatus. According to the report, BTS will work on solo and group projects at the same time.

Divya R - July 1, 2022
0
Parle Products, one in all India’s leading biscuits, snacks, and confectionery manufacturers, is expanding the portfolio. With a focused distribution approach, the...