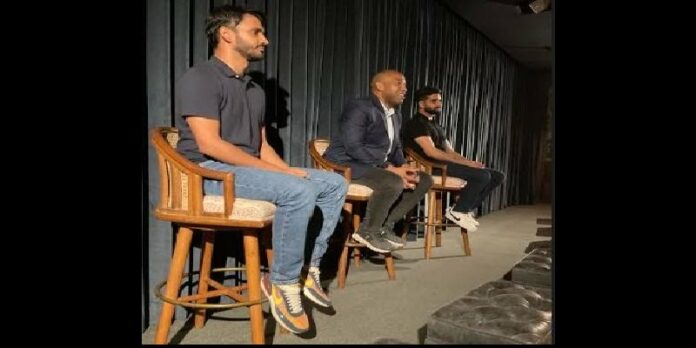 During his time with CAA, Caleb represented the company’s clients in the media, entertainment, technology, and sports industries on a global scale. Caleb was on the founding teams of CAA’s operations in India and the Middle East and led several of the Agency’s foreign efforts. Currently based out of HeyHey’s Mumbai office, Caleb is developing a unique platform for fan-celebrity engagement that features some of India’s top performers. HeyHey also has operations in Japan and draws some of the top local and international talent in sports, media, literature, and the arts.

Tell us about the inspiration behind HeyHey’s introduction in India. What led you to begin?

We have always believed in the ability of talent and artists to shape culture and commerce, and HeyHey! was founded with the goal of enabling artists to expand their online networks and commercial opportunities.

The team has always had a special interest in and focus on India as a cultural powerhouse, and we were aware that we wanted to provide digital tools and solutions to support their development. Although it was the second area we entered, it has been one that is rapidly expanding for us, and we have really liked working with artists in this sector.

How did the Sunny Leone connection come about?

Daniel Weber and Sunny Leone, who contacted with the thrilling idea for the I Dream of Sunny cooperation, deserve full credit for the Sunny Leone relationship.

Sunny and her team have been the perfect partners for us as we’ve built up the collection since Sunny has always been a leader in thinking about new prospects and business strategies.

What has been the growth trajectory since HehHey’s debut into India a year ago?

The company’s growth trajectory during the previous year has been excellent. We were thrilled to learn that we were able to onboard over 2500+ artists who offered unique tailored films to their fans when we created our first digital offering, celebrity shout-outs.

Now that Web3.0 technology is at our disposal, we have developed to offer NFTs as a product and are working on a number of other products to maintain our lead in this fascinating industry.

Do we anticipate the upcoming project to be sponsored on NFT, and if yes, what will be the procedure? You are also an artist manager and a producer of web series.

Yes, and this is already taking place on a global scale. The possibility and imminence of NFT-funded productions are demonstrated by initiatives like Spike Lee’s Visible Project and the NFT-funded feature film Calladita.

The approach will begin with a compelling story to convey and intriguing talent involved, as with any great film endeavours. NFTs are a method for supporters of the story and team to contribute to the project’s funding and embrace the production’s goal.