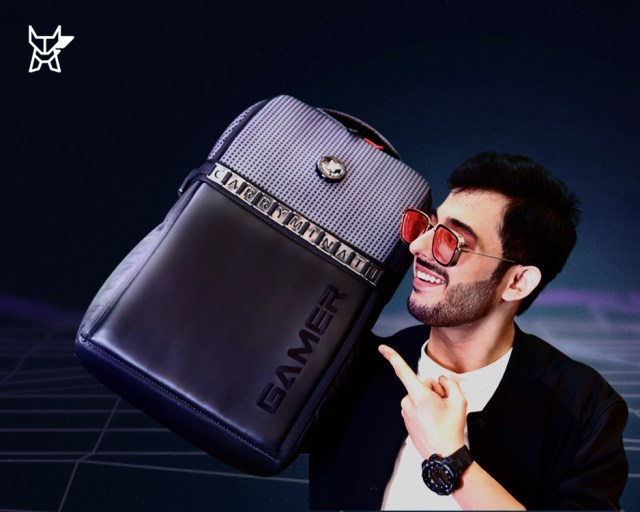 Arctic Fox, complementing the brand’s core culture of achievement with creativity, trust, and perseverance, has made YouTube content designer CarryMinati aka Ajey Nagar its new brand ambassador. As someone who is a leader in streaming games in India, the Delhi-based YouTuber, streamer, gamer, and rapper is an excellent example of the brand’s latest ‘Gamer Backpack’ offering. Hailed as one of the main innovators in the development of the Indian digital culture, Carry Minati is an innovator of more than 40 million digital collectives. Unmatched aptitude in the roasting and live game genre. He remains unbeaten by maintaining his claim to the most subscribed YouTube channels in India.

As part of the promotional campaign, orchestrated by the creative agency Humour Me, the company takes a sly aim at traditional advertisement and promotion in a roast side-splitting series, setting it apart from its peers. In the ‘Dive In’ tagline, the brand athletically takes a dig on itself, while inspiring people to see any obstacle as an opportunity.

Commenting on the latest launch, Sridhar Thirunakara, Founder and CEO of Arctic Fox, said, “Arctic Fox is a company that has always stood for imagination and ingenuity. We, as a company, have always believed in looking at the world differently, combined with a sense of unrelenting hope and perseverance that we think we will transform the world for good. We’re very excited to introduce our latest custom gaming backpack and get CarryMinati on board as our next brand ambassador. We agree that his story and charisma complement the environment of the brand, and we’re excited to be collaborating with him on several more projects.

Arctic Fox’s recently named brand spokesperson, Carry Minati, further elaborates, “I’m very thankful to be part of the Arctic Fox team. Their trailblazing items stand out and are associated with my style. I’m looking forward to making some sort of magic with the squad! Talking about the avant-garde initiative, Dhruv Sachdeva, Founder, and Chief Designer Humor Me, says, “The day and age of the standard brand ambassador launch initiative is long gone.

Ajey as a maker is considered to be painfully real. When working with a celebrity or a top designer, one needs to do justice to both the designer’s brand and the brand that they support. We were aware from the get-go that everything we wanted to do had to be true to both the Arctic Fox and Carry. This was an incredibly brave and optimistic concept, and an equally daring company needed to be on the joke to send a broader message.