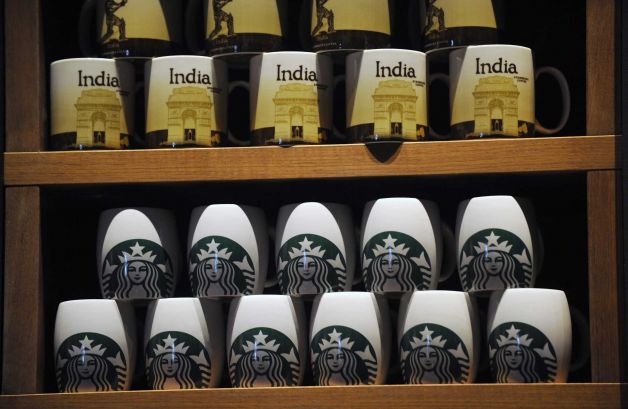 ‘Rich Express with Coffee beans grown in India for India’

These were the words of Starbucks CEO Howard Shultz, when he was speaking on the occasion of opening Starbuck’s first store in India. This was the first instance in its 40 year long history that the company decided to source coffee beans locally in a market.  Since then, the company has put in strategies to localize the brand in all marketing sense – from products to pricing to promotions.  The company made rapid strides in the market with the average sales of its 4000 sq feet store in Mumbai doing business worth Rs 8.5 lakhs per day.

The company was looking for the right partner to establish its presence in Indian market. They zeroed in on Tata Beverages for a joint venture to set up its operations in India. It was a perfect partner as Tata knew the in and out of the India consumer psyche and markets. They combined their proven processes and quality compliance with Tata’s local know how to bring in localized product and market strategies for Indian market.  They had faced many challenges while entering markets like China in the past. They also realized that they have been late in entering the Indian market; hence choice of the right partner has been of critical importance. It took almost 5 years for them to finalize the entry strategy; they even aborted its first mission of entering India through partnership with Kishore Biyani’s future group.

The focus on localization was quite evident in their first store which was opened in Mumbai.  The welcome board carried six most prominent languages. They made sure that interior carried Indian signature whether it is India Gate picture engraved on mugs or be it the Jute bags provided in the store. Mumbai store has wooden tables with traditional carvings, whereas Pune store has copper artifacts. The idea is to make Indians feel comfortable and have a community feeling inside the stores. They plan to have 50 stores across India with primary focus on metros and other tier 1 cities. Starbucks ensured that outlet staff was given elaborate training on their flavours and also on how to serve the customers better keeping up with the Starbucks tradition.

The company understood that Indians prefer to have food along with coffee, so they concentrated on adding popular Indian dishes to increase the revenue from food, which is currently now close to 30% as against 15% in US stores.  They added popular Indian cuisines Reshmi Kebab roll and Konkani twist as snacks along with their tried and tested popular ones like muffins and Sandwiches.  They also introduced specific coffee items like India Estates Blend and India Expresso. In addition to the coffee items, they were quick to realize that Indians still prefer tea; they introduced Tata’s branded tea called Taazo and Himalayan water beverages to add to the products. This made sure that all kinds of Indian consumers are hooked into the stores, thus making the stores a popular hangout place for even Indian families who may have different tastes.  Recent move to add Chennai’s delight Fliter coffee is another example of their continuous focus on integrating local tastes to their menu.

Got the pricing right

Starbucks was very clear that they need to be aggressive and match the pricing of its competitors like Café Coffee Day and Barista to establish the presence. They knew that India can potentially become their largest market, hence they matched their pricing with the competitors charging one cup of brewed coffee at Rs 85.

Indian market has already more than dozen coffee shot brands, some on a regional basis. There are 1700 coffee stores and around 10 brands waiting to enter the Indian market. The competition is going to get tougher, how it seems Starbucks has got its entry right with its focus on localization enabling them to touch the right nerves.

How to sustain localization?

It remains to be seen on how Starbucks will be able to retain its localization focus and make it a true Desi brand. How they will be able to sustain their partnership with Tata in the long run? It is definitely a good template for any company who is planning to set up their operations in India. In no time Starbucks has transformed to a popular Indian brand!