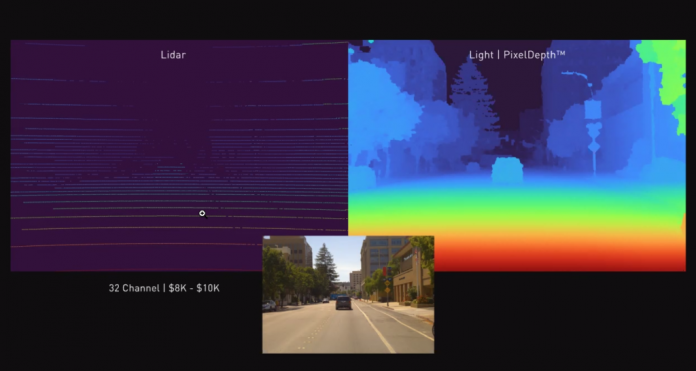 A couple of companies that many people most probably are not familiar with are collaborating to examine a new method of depth measurement for advanced driver assistance systems (ADAS) directing the goal towards prospective production programs mid-decade. Using Light’s multi-camera Clarity depth sensors, Hitachi Astemo is collaborating with this San Francisco-based start-up enterprise.

In the previous years, Light built and developed a new camera called the L16. The device, powered by Android, looked like an atypically thick smartphone from the front, while the back consisted of 16 camera sensors and lenses. The amalgamation of focal lengths and resolutions provided the possibility to recompose and refocus images after capturing the shot. The technology seemed promising, but to produce images that are pleasing to the naked human eye is quite difficult as proved by the differing results provided from different brands of smartphones. Ultimately, Light gave up on the device, however, redirected some of the great tech to be applied to ADAS and automated driving systems (ADS).

The system is built to offer precise ranging measurements to distances up to 1,000 meters. Normally, this has been very hard to do with somewhat feeble sensors like cameras. Most ADS depends on active sensors like a radar for accurate distance measurement, while most ADAS uses a single camera setting and depends on some inferencing to calculate the distance to a target by understanding what the target is and computing the size in pixels. Hit and miss are what this system is.

The furthest analog to what Light does is the stereo vision system designed by Hitachi Automotive and leveraged by Subaru as its EyeSight system. This system, EyeSight, has a two-camera setup laid out to about 12 inches to provide some parallax which is used to measure the distance. Although this is the case, the cameras are still too close to enable precise, long-distance sensing.

Hitachi Astemo will install the model Light Clarity system on many of its test vehicles, commencing this summer and if everything goes well, it may collaborate with Light to build a production-ready version inclusive of the chip.

The Light Clarity system is orchestrated with active sensors while mainstream ADAS can potentially have a visibly improved performance and crash avoidance ability with a more stable and powerful approach to vision-based depth measurement.