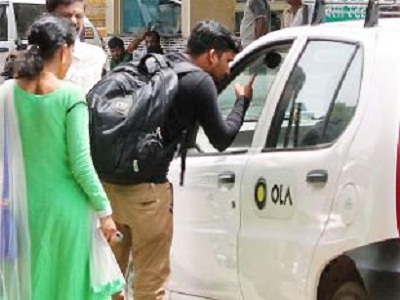 Ola, the largest car aggregator in India is all set to introduce its online food and grocery delivery projects. The company is restructuring its operations in order to increase the focus and investment in the core taxi service, claim people who are aware of the development.

Ola is currently racing to bolster the thinning lead over its challenger Uber. It also wants to control diverting the scarce money that come from the investors into its business and destinations that are not fundamental to the topline. This includes its bus shuttle category as well as the taxi services in the small towns and cities. It has to compete with the discounting that Uber provides on its taxi service.

As per an investor in Ola, it is better to lead a category than to be one of the top players in many businesses. Right now, Ola has 15 percent to 20 percent lead over Uber and this is critical to maintain.

Ola shut Ola Store and Ola Café earlier this month and it might layoff some employees in these categories due to its restructuring, claimed a source. The hiring was done to experience and foray into small towns. Now, these are being pulled back by the company.

Ola will also channelize the investments into the taxi business in the eight major cities where it directly rivals Uber by focusing on the low cost ride taxi as well as ride sharing services. It will still invest in the auto-rickshaw and bus shuttle services that will let it get a wider reach.

It has to be noted that Uber has also made major changes to its portfolio. The company has replaced the Uber Black category involving SUB and XL in India. It also shut the Wi-Fi enabled cabs in two cities.

Gradually, the gap between the rivals Ola and Uber is shrinking in the country and this is forcing them to spend money on customer acquisition as they focus on the market leadership.

Ola has frozen its recruitment process and it is trying to fit people from the store and café businesses in the rest of its businesses. Given that many in the top leadership roles have already left the company lately, it is a crucial period for the company. It is already facing a tough time as it has retain its lead over Uber.

Passionate In Marketing - March 10, 2016
0
On Tuesday, Maruti Suzuki declared its entry into the entry level compact SUV market in the country along with the launch of its new...

Can Kirana shop owners survive against FDI in retail?

Time for Nokia to revamp its strategies to win back customers

Why do products fail?