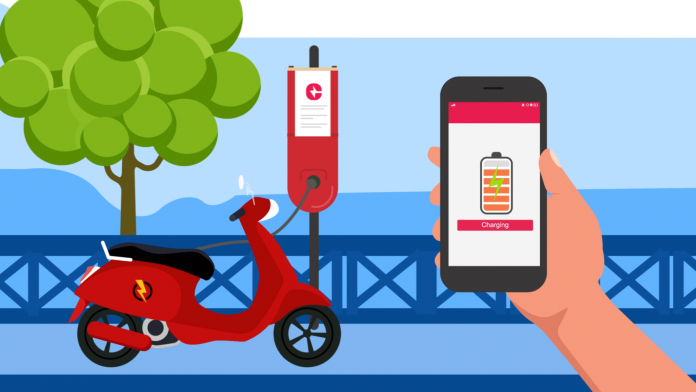 With rising environmental issues, electric vehicles (EV) are receiving more attention than ever before. According to industry figures, the current number of EVs is about one million, with two-wheelers and three-wheelers accounting for approximately 99.5 percent of all EVs. While clean mobility is gaining traction, there are several roadblocks to widespread adoption. One of them is range anxiety. “EVs will not become a mainstream transportation alternative until we have a robust public charging infrastructure,” says Sameer Ranjan Jaiswal, co-founder, and CTO of Bengaluru-based Charzer, a forerunner in this niche market.

The company designed its product, the Kirana Charzer, with India’s conditions and infrastructure in mind. “Kirana Charzer is a portable, zero-maintenance, IoT-enabled charging station that can be built by small businesses and individuals to earn an extra income. It is a lightweight solution that can be built anywhere with a simple electricity link, and hosts do not need to make any infrastructure improvements to set it up,” Jaiswal explains.

The Kirana Charzer must be purchased from the company and will be available on the Charzer app. “We take a 20% margin on all transactions that occur on our website. Our host could be anyone on the lane, including Kirana shops, grocery stores, food joints, restaurants, malls, and other retail establishments,” he adds. An EV owner can use his phone to download the Charzer app. The app is a one-stop-shop for all of his charging needs. He can use the app to find nearby charging stations, reserve a slot ahead of time, access, pay for, and run the charging stations.

Charzer has received seed funding from prominent angel investors in India and Europe. “We hope to raise $3 million soon. We want to expand to 10,000 charging stations and expand our reach to 20 major cities as a result of this,” he says.

Radha G - May 15, 2021
0
The Koo, a micro-blogging platform had recently launched its new logo. The new logo is a perpetuation of the already existing logo...