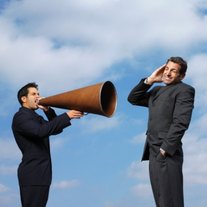 Data by Sensor tower, an application intelligence firm, showed that India was a large and growing market for many of the 59 Chinese apps banned in the country. These apps together accounted for 5 percent of total installs from Apple’s App Store and Google Play Store in the April-June quarter, at 330 million new installs in India. Many popular Chinese apps, including TikTok, Helo, and WeChat, were banned in India on 29th June citing privacy and security concerns, in the backdrop of increasing tensions with its northern neighbor. The most popular app among them TikTok had almost 16.4 million new installations during the month of June in India. The app has more than 200 million users in total in India, which is 40 percent of its 500 million users worldwide.

Total revenue of $924,000 was generated by TikTok through user spending alone from June 2019 to June 2020 in India. TikTok also generates revenue from running advertisements adding which would be a lot higher. Harish Bijoor, a Bengaluru-based brand consultant said that TikTok earns a certain amount of revenue from the India market. They are quite likely to earn up to ₹2.5 crores of income per day. They will lose the revenue for whatever period of time the ban lasts. Bijoor points out that reputation loss is a much greater concern for TikTok than revenue loss. The ban will compel many brands, bloggers, and creators of content to view engagement with Chinese apps as risky.

According to its own figures, TikTok’s sister app Helo, which serves regional language viewers, has over 50 million users in India. Sensor Tower data shows that Helo had 10.8 million installs in India throughout June. ByteDance, that also owns TikTok and Helo, had said in 2019 that it wants to invest $1 billion in India in three years. Among several other apps that were banned, Bigo Live, a live streaming app, and Likee, a video streaming app, also are famous in India. In association with leading Indian brands, several engagement campaigns were already run by Likee. The promotion of film Dabangg 3 was done by Likee in 2019 in association with Salma Khan Films. Likee and Bigo Live had 6.1 million and 2.1 million new installs in India during June. According to Sensor Tower Likee generated a revenue of $776,000 in India only through user spending.

Apps like UC browser, Shareit, and Cam scanner too had a huge presence in India. Alibaba owned the UC browser had around 130 million users in India. UC browser was the second leading mobile browser in India with 14.5 percent market share after Google Chrome, as of May 2020, according to the data of StatCounter, a web analytics firm.

In India, the EdTech sector has a big future