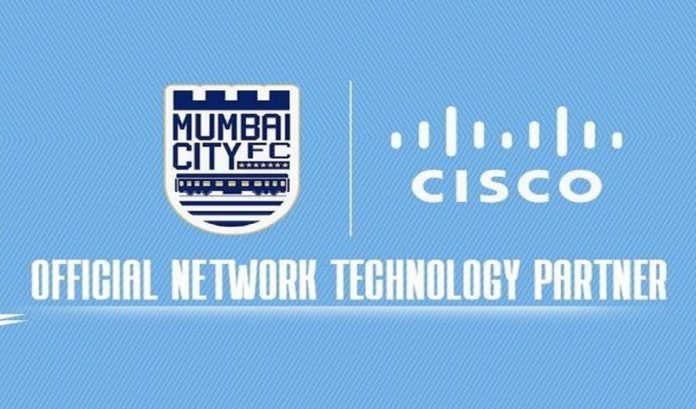 Although it may not be as big as cricket, football still has a soft spot for Indian fans. With over 260 million cumulative viewership through online and TV channels, ISL has become the second-largest sporting event in terms of viewership in India. ISL is currently in its 7th year and now the matches are being broadcast to over 80 countries. This has made it a magnet for large corporations to put up their branding. The latest example is the sponsorship that Mumbai FC has got from Cisco. The 51-billion-dollar conglomerate. Being the lead sponsor of the club, Cisco will feature on the Club’s match days in the Indian Super League and at the Islanders’ training facility at the Nagoa Village Panchayat Football Ground as well as support all aspects of the Club’s business through their networking solutions and connect the fans to the team in Mumbai and across the country via Cisco Webex in this season of the Indian Super League.

Bimal Parekh, co-owner of Mumbai City FC, said that they were delighted that Cisco will be a part of the Mumbai City FC family and will be closely working with them for the coming three years. He also added that Cisco has shown, especially during this pandemic situation, how valuable its strategic technology solutions are to the future of connecting fans to teams and the sport they love. He ended his statement by saying that they look forward to achieving excellence with the support of Cisco both on and off the pitch for years to come. Brian Eaton, Director of Global Sponsorships at Cisco said that the pandemic is giving rise to a low-touch, digital economy, where even the future of sports must be reimagined with technology at its heart. He added that the partnership represents an opportunity to use their technology to make a positive change, not only on the business and operations of Mumbai City FC but on the local community as well. He Ended his stamen by saying that their solutions have helped numerous clubs around the world stay connected to each other, their fans, and their local communities during a season unlike any other, and we are excited to work to forge new ground together in Mumbai.