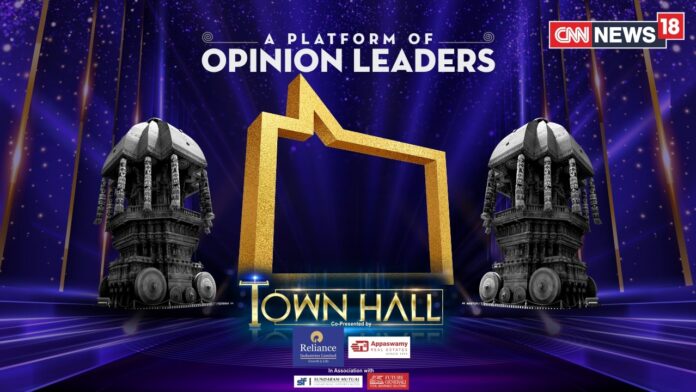 New Delhi, September 23: After two very successful Town Halls in Delhi and Mumbai, the third edition of CNN-News18 Town Hall will be held in the cultural capital of India, Chennai on September 26th.

The third chapter edition promises to be a cultural boiling point with an overall theme – Lessons from the South. It will witness the eminent personalities from the world of governance, politics and entertainment industry in detailed and insightful conversations with the top anchors of the channel.

Smriti Mehra, CEO, Business News, Network18 Group, said, “The CNN-News18 Town Hall is our marquee initiative with the ambition to go to every part of the country and talk to the most imminent news and opinion makers. We started in New Delhi, followed it up with Mumbai and now we will be in Chennai on the 26th of September for some vibrant conversations on culture, political dynamics and movies,”

The Town Hall Mumbai Chapter will be broadcast on CNN-News18 and across its social media websites from 6pm IST onwards on September 26th.

Flipkart brings the biggest End of Season Sale with more than...