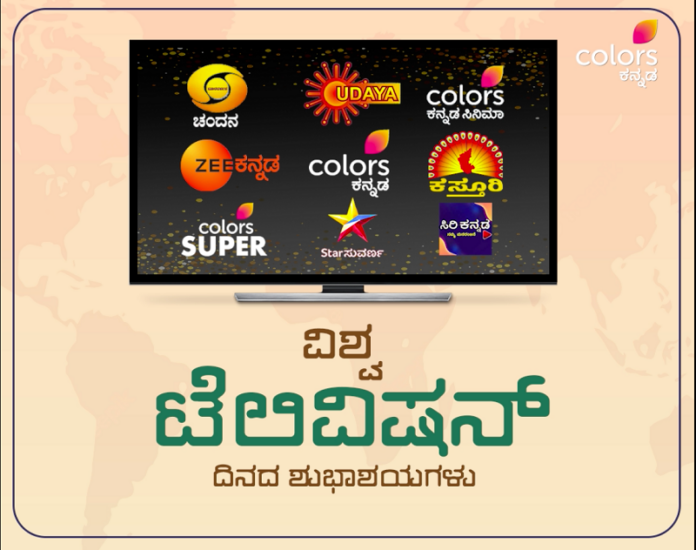 Mumbai, 22nd November, 2022: Keeping its promise to entertain audiences with the tagline of ‘Banna Hosadagide, Bandha Bhigiyagide’ Colors Kannada launched a social media outreach on World Television Day. The brand has always been successful in engaging its audiences through its content and marketing initiative.

Colors Kannada has taken to social media to wish its audiences on World Television Day.  The most important part of the campaign has been recognising its competition and their popular work.  Colors Kannada posted a video wishing its audiences on the transition of television in Kannada market that involved many popular shows of last decades. The theme of the campaign was related to triggering nostalgia, as a lot of memories from the past days are attached with television.

The video consisting of more than a minute includes the most popular shows of Kannada GEC including that of competitions such as Chandana, Udaya TV, ETV Kannada (Erstwhile name of Colors Kannada), Zee Kannada, Star Suvarna and from Colors Kannada.

The video showcases how Television shows in last decades emerged in engaging audiences of various age groups. The initiative of recognising the works of competition has won the hearts of audiences and wishes are still pouring in for Colors Kannada for its unbiased gesture to celebrate this special occasion.

“Breaking the barriers of competition by keeping aside the race to claim to be the number one channel and wish the competition on their fabulous works, this is extraordinary. This shows why Colors Kannada has remained the favourite entertainment channel over the years,” a netizen commented on the post.

“This post is full of nostalgia as Colors Kannada just took us back to those days of our childhood. Also, taking a step forward to include other channels in this occasion is an amazing effort,” an audience commented.

N A M Ismail, Associate Vice President, Creative, Colors Kannada, Regional Entertainment said, “This is our genuine approach to wish everyone the World Television Day. As the transition of television shows in Kannada market involves the sweat of many people including that of competition, we have gone ahead to recognise their works beyond the competition between brands.”