The digital film by Dhara edible oils takes the leap from its brand proposition of ‘Zara Sa Badlaav’, with essence of bringing a positive change in life. The newly showcased film is also about bringing in the same ‘Badlaav’ while ushering in positivity in our society and encouraging prospective parents to go for adoption of children, who have been left stranded in this crisis.

Elaborating on the concept Mother Dairy spokesperson said, “Brand Dhara has always endeavoured and supported the cause of bringing the desired change for better health and a better tomorrow. With this crisis, we all need to come forward and bring in the change for a better future of children who have lost their parents to pandemic by adopting them under laid regulations and give them the conducive environment, they deserve.Through this film, we aim to inspire the generation who can support the cause and bring in that change in our society.”

Mr. Ashutosh Sawhney, Managing Partner, DDB Mudra Group, North, mentioned, “This film further strengthens Dhara’s point of view of ‘Zara sa badlaav’. The pandemic has meant devastation for many families and we believe that trusted brands like Dhara must drive the altruistic narrative of bringing about positive change at every conceivable level of the society, in which these brands live.”

The Film opens around a dinner table wherein a father, mother and a cute 7–8-year-old daughter are having their meal. During the discussion, daughter asks “Papa, can you pass me the roti?” Both the parents are keenly looking at her and then the father asks her to repeat which she does with a naughty smile, however, misses to address him as ‘Papa’ in the beginning, to which father asks her to follow the sentence again. She repeats the same as asked. The father then passes on the roti to her daughter and then looks towards her wife with teary eyed and eventually both turn emotional with tears. The camera slowly pans towards the father’s workstation at home where a file rests mentioning, “Riya Agarwal – Adoption Papers” implying towards the legal adoption process in place.  Heading to the last frame the super says that ‘The second wave of Covid-19 has left thousands of children in India orphaned. The best time to become a strong dad is now.’

With the new normal of work for home and online classes, the family now gets more time to spend with each other on the dining table and form deeper bonds. The film subtly relates the wellbeing of the family with integration of Dhara’s refined sunflower oil ‘VitAE’ which comes with Vitamin A, E and D for boosting immunity and health.

Production House: A For Orange Productions 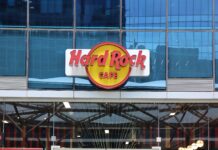 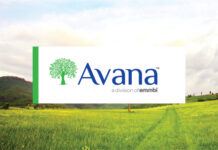