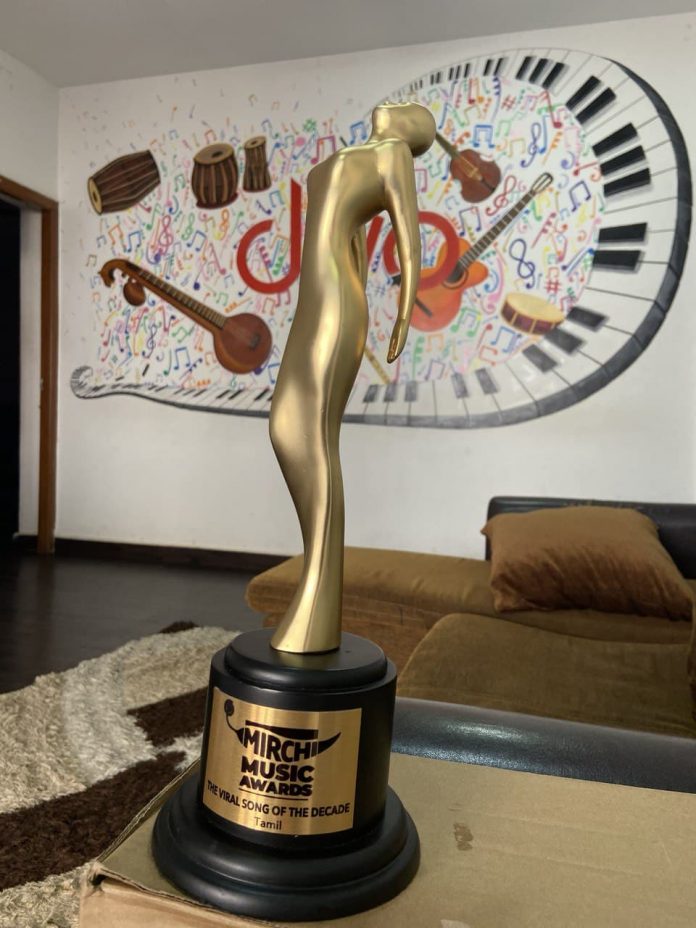 Mumbai/Chennai, 25th March, 2021: Divo, one of India’s leading and well-established digital media and music companies based out of South India bagged the award for “The Viral Song of the Decade (Tamil)” for Rowdy Baby at Mirchi Music Awards 2021. The event which was hosted by Sonu Nigam was a great success with its ‘Dus Saal Bemisaal’ theme, and it witnessed some intriguing performances.

Rowdy Baby is a superhit Tamil and Telugu language song composed by Yuvan Shankar Raja for the soundtrack of the action comedy film Maari 2. The song has been sung by Dhanush alongside Dhee.

The song “Rowdy Baby” became one of the most viewed Indian songs of all-time. Billboard listed the song in the Global Top 10 Music Videos of 2019. According to YouTube Top Trending Music Videos, Rowdy Baby was the most streamed Indian video of 2019 and the seventh most globally. As of November 2020, the views on YouTube crossed 1 billion views, making it the only South Indian song on YouTube to achieve this feat.

The song had been released by Divo and distributed across leading music platforms.

Speaking on the latest win, Vishu Ramaswamy, Director at Divo, commented, “We at Divo are thrilled to be bestowed by Radio Mirchi’s Mirchi Music Awards, this year. It’s great to be recognised at a platform of such high stature and I am thankful to the entire team who made this happen. This would not have been possible had it not been for all the vision and effort of our collaboration with Dhanush’s Wunderbar Films. Our journey with them started in 2014 just a few months after our inception itself. He was one of the few who was ready to take up the challenge of breaking up the traditional model of selling the music rights to a label. He understood our capability and provided an opportunity by holding onto the music rights with the production house and let us, Divo, help distribute and monetize the content for them. The effort put in over these years has culminated in Rowdy Baby not just numbers in views, but record numbers in revenue going to the producer.”