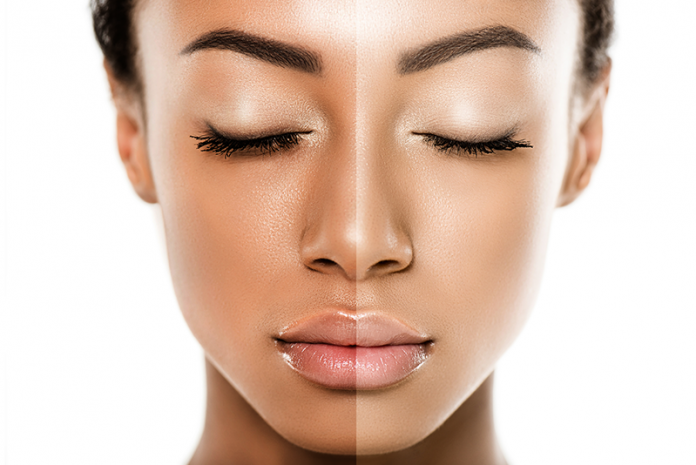 “The moment a child is born, in society and the relatives tend to equate the skin colour of the siblings. It starts first inside your own family. Yet people don’t want to talk about it publically.”

The world’s biggest cosmetic companies have been selling and advertising their skin-lightening product something like this: if you want a job, if your marriage is broken, if you are rejected in an interview, whiten your skin to prove yourself, to boost your confidence, your career and command centre stage. We’ll know which company has been doing such advertising to promote their skin-whitening cream across Asia, Middle-East and Africa. People in this region tend to have a darker shade than that of people from western countries. Unilever’s one such product Fair & Lovely has made a profit of hundreds of dollars annually in India.

According to a report of Jefferies financial analyst, the 45-year-old brand makes the Anglo-Dutch company Unilever more than USD 500 million in annual sales alone in India.

Recently Unilever has come up with a decision of removing the words like ‘Fair’, ‘white’, ‘light’ from its advertising, labelling, branding, packaging as a move towards, “A more positive Beauty Perception”.

The Indian subsidiary of Unilever, the Hindustan Unilever has said in an interview that the Fair & Lovely brand will now be known as ‘Glow & Lovely’. Other cosmetic companies such as L’Oreal has also followed the suit of removing such words from its advertising and selling campaign.

The change by such companies in their cosmetics is done after the protest which is going around the world against racism injustice after the death of an American George Floyd, a black man pinned on the ground by the police authorities in the US.

This is the latest in a series of shifts as businesses reconsider their practices in the wake of demonstrations against Black Lives Matter that have erupted around the world.

Activists around the world have long tried to combat Fair & Lovely’s aggressive Unilever marketing, with the brand’s ads being protested by women’s organizations from around the world.

In India, an activist named Kavitha Emmanual, founder of an NGO named  Women of Worth launched a campaign in 2009 ‘The dark is Beautiful’, where she explains about inclusivity – beauty beyond colour. Bollywood actress Nandita Das carried the endorsement for the campaign.

In one of her interview, Kavitha said that endorsing such a belief from the last 45 years is definitely quite damaging.

Another woman from South Africa, Tabby Kara said that she sees many women in Africa inquiring about going two shades lighter.

When asked from such women she got the answer, “People want to be a bit fairer because the society demands it. The society expects more fairness of a person”.

In 2014, India’s Advertising Standards Council tried to tackle skin-based discrimination by banning ads that portray people with darker skin as inferior, but the products are still on the market.

But in 2020 the cosmetic companies are altering their product name because people these days do not want to get accepted in the society on the basis of colour. Lightening skin is not the sole preserve of modern cosmetics.

And the Fair & Lovely mark is expected to be history soon. But the question still remains how long, together with the behaviours behind them, these skin-lightening items — whatever they are called — will remain in India.