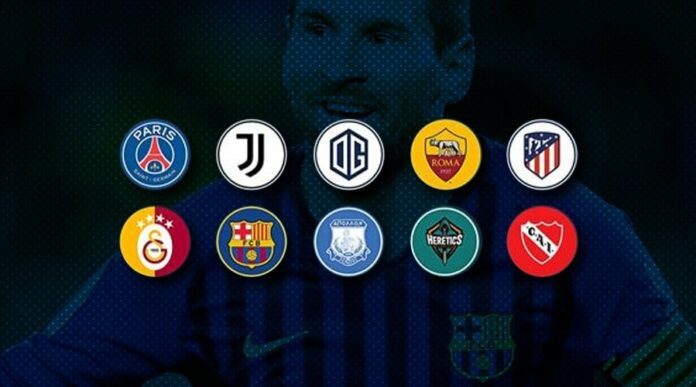 Many brands today are engaging their fan bases with digital innovations and creativity. Brands, particularly sports teams, have begun experimenting with new concepts and incentives to encourage fans to engage more with their idols. Fan tokens are one example of how fans and their favorite celebs have become closer.

What exactly are fan tokens?

Fan tokens are cryptocurrencies that allow users to access a range of fan-related membership benefits such as voting on club decisions, incentives, item designs, and one-of-a-kind experiences. Sports clubs and music fan clubs commonly use these tokens to create one-of-a-kind events for their followers, establish club leadership, and so on.

In contrast to NFTs, fan tokens are entirely interchangeable. It implies that these tokens exchange for sports club merchandise, VIP experiences, and more, much like fiat or cash. They also contribute to the strengthening of the club community by providing another team-branded element of fanaticism.

Fan tokens are not always back by Bitcoin or Ethereum’s fundamental value principles. They are valued based on how much fans appreciate the opportunity to join the club and gain exclusive perks.

But just like Bitcoin and other cryptocurrencies, these tokens can be sold on exchanges, while their prices can change overnight. A crypto company called Socios creates fan tokens, which provide supporters access to exclusive club content. These tokens are also available for purchase using fiat cash.

The Chiliz token was one of the earliest and most well-known fan tokens, sparking an explosion of other fan tokens such as the Manchester City Fan Token, AC Milan Fan Token, and Juventus Fan Token, to mention a few.

How does it work?

Fans can buy and sell these digital tokens just as conventional cryptos. When the trading process begins, the seller determines the price of a fan token. It is also vulnerable to market modification based on its market appeal.

Once users have a certain number of tokens, they can access various offers and events related to their favourite clubs, such as merch design, tour bus designs, match or concert locations, ticketing issues, and much more.

Fans will be more motivated and involved in the club as a result of these benefits. The benefits and offers instil a sense of pride and dignity in them, which is likely to enhance the brand’s or club’s growth.

Is it worth the investment?

Fan tokens, like all other cryptos, are very volatile. Prices can rise and fall in response to supply and demand. Several football fans have also said that the cost of these tokens depends on the team’s movements.

Because the shifting prices of the tokens are drive by the emotions and engagements of the supporters, it is clear that some football fans use fan tokens as a status symbol and a loyalty indication rather than a long-term investment.