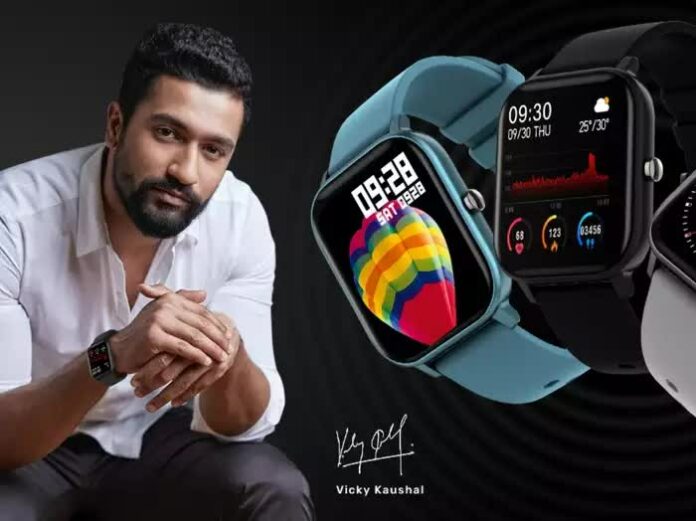 New Delhi, 8th August 2022: Homegrown wearable and audio brand, Fire-Boltttoday announced the #FindYourFire campaign to celebrate the success of Fire-Boltt in India. The campaign urges consumers to be the absolute best version of themselves & celebrates the brand’s win as they recently became no. 1 in the smartwatches market while capturing 24.6% of the market share. Fire-Boltt has achieved this formidable spot within 15 months in the market and today is the biggest name in the smartwatches category.

The campaign #FindYourFire went live with the launch of a teaser by leading celebrities – Karan Johar, Malaika Arora, Karisma Kapoor, Aditi Rao Hydari, etc. In the teaser video, Karan can be seen saying he only focuses on being the best version of himself and then asks for advice from other Bollywood stars who are also a part of this campaign. The brand has roped in influencers from all walks of life and associated with key Bollywood celebrities – Parineeti Chopra, Karan Johar, Shilpa Shetty Kundra, Malaika Arora, Karisma Kapoor, Rakul Preet Singh, Aditi Rao Hydari, Shruti Haasan, Bani J, Nargis Fakhri and athletes like Sania Mirza, MC Mary Kom, Sunil Chhetri, Sangram Singh along with the brand ambassadors – Virat Kohli, Vicky Kaushal, Shubman Singh Gill to spread awareness about the #FindYourFire campaign. In total, Fire-Boltt is engaging with 150+ leading personalities (Bollywood celebrities, athletes, and influencers) in the country.

Fire-Boltt has designed a 360-degree marketing campaign & to reach a larger audience, the brand has already announced the giveaway contest of 1000 smartwatches on its Instagram handle. This is one of the biggest social media contests hosted by the brand so far. The winners will be announced in phases-100 winners every week for the coming 10 weeks. The massive giveaway is a brand’s way of thanking the consumers for making it the No.1 smartwatch brand in the country. In addition to this, Fire-Boltt is running ATL & BTL activities across 40+ cities in India and an extensive radio campaign in 10 metro cities with all key radio channels.

Sharing his thoughts on the campaign, Arnav Kishore, Founder & CEO at Fire-Boltt said, “There is nothing that beats the feeling of being at your best and that’s exactly what we are celebrating. Fire-Boltt is celebrating being at its best right now and we are thankful to each and every customer for helping us achieve the milestone of becoming the no.1 smartwatch brand in the country. With the #FindYourFire campaign, we also want to encourage our consumers to do their best. The association with people from different walks of life reflects our campaign thought & our gratitude towards the consumers who have supported us over the years, making their fitness regime more delightful. We will continue in providing the most innovative and premium quality products which are easily accessible to customers at a competitive price.”

Commenting on the announcement, Aayushi Kishore, Co-Founder, Fire-Boltt, said, “It is heart-warming to see how consumers have supported us over the years in building the brand. With Fire-Boltt becoming the number 1 player in the Indian smartwatch market, our goal is to attract more and more people to join our community. Our campaign #FindYourFire is a way for us to encourage our consumers to do their best while expressing our gratitude for their constant support. We are a young brand with young people and we believe that with this campaign we will be able to connect the youth of India at a large scale through celebrity and influencer engagement.”

Fire-Boltt has recently forayed into the audio category with the launch of FirePods TWS to cater to the needs of consumers across the country. The brand has also launched over 30 smartwatches in the past 6 months and has also announced its expansion plans to newer markets beyond India, including the Middle East and Europe post receiving a phenomenal response on the entire product line-up from the UAE market.

Customers can easily access Fire-Boltt’s products from different parts of the country. The brand has a strong presence across leading online channels including Amazon, Flipkart, Myntra, Tata CLiQ, Nykaa and Paytm, and has an offline presence in more than 750+ cities through modern trade outlets, all national and regional LFRs including Croma, Reliance, and Vijay Sales, and all large regional retailers including Poorvika, Sangeetha, etc. The brand also has a presence through its own e-commerce website and aims to scale up its contribution to overall sales in the near future.