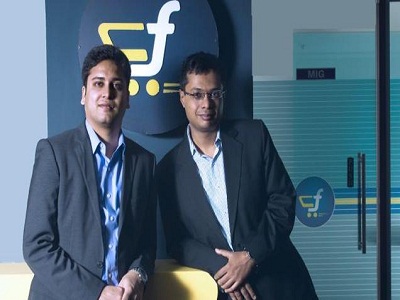 The retailer portal giant Flipkart has rolled out three ad films as a part of the campaign called ‘Sell on Flipkart’ that is aimed to reach out to the sellers. This invites sellers and entrepreneurs to register their business with the portal. These ad films were conceptualized by Lowe Lintas and Partners.

The ad film tells the story of a man belonging to a small town running a saree shop that was started by his grandfather with a start-up capital of Rs 500. The protagonist is the eldest of the three sons and he had initiated early into minding the store by his father using sweets as bribe.

The man’s younger brother is a banker and the youngest brother is a civil engineer. He takes over running the shop and his father feels guilt of choosing his career though he does not put the same into words, confesses the protagonist. While shopping on Flipkart, he makes a decision to register and try choosing the online portal to sell his goods. He narrates the boost in the business since he started selling via Flipkart.

The other ad film shows a factory supervisor whose task is to identify and get rid of the defective glass bottles from the process line of the factory. One day, one of the glass bottles catches hi attention and he describes that it seemed to have been made of rubber. He then takes an old clock dial and fits it into the bottle’s body and is appreciated by his wife for the end result. This prompts him to bring many such bottles home and turn them into clocks till the storage becomes a limitation. Later, his wife suggests him to sell the items via Flipkart that she observed her friend do. Following the same, the protagonist quits his job a couple of months later and goes only to collect the defective bottles.

In the other one, two women with a love of Indian mythology start a business of making toys that are based on such characters. One of them has been fascinated with these characters and ended up sketching the images of her imagination. Her colleague observes her talent and decides to do something with these sketches. Both the women work on their ideas apart from their office hours. They state that they have sold 182 orders in their first month.