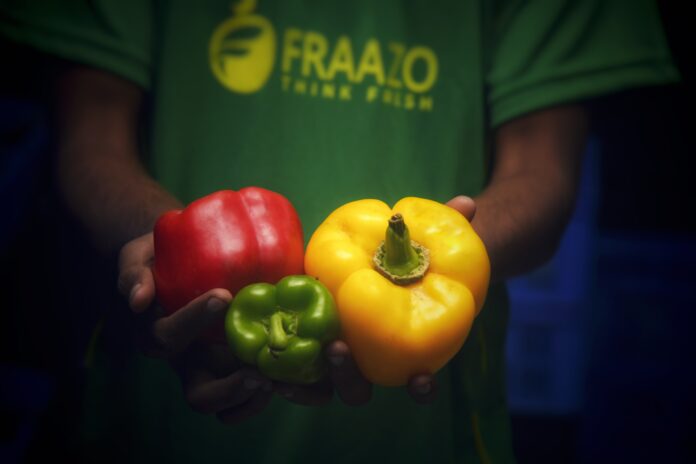 National, December 03, 2021: Fraazo, one of India’s largest green grocer, is a quick commerce startup, delivering farm to home fresh vegetables and fruits in under 12 hours. Founded by a team of four IIT IIM graduates, Fraazo was born in 2019 by Atul Kumar, Vikas Dosala, Sumit Rai and Aashish Krishnatre. Being the first company to establish the concept of ‘dark stores’ in the country, Fraazoboasts a large network that started with 41 dark stores in Mumbai and has now scaled to a whopping 250 stores across 5 cities. Moreover, Fraazo unlocks one dark store every 8 hours, making them the category leader in quick commerce green-grocery in India. The secret sauce for Fraazo’s exponential growth is their One-Touch Delivery model for farm produce that preserves freshness by eliminating unnecessary handling.

With its exploding network of dark stories across numerous cities in India, Fraazo is dominating the market whilst making superior margins as they obtain produce at better rates from the source as opposed to other players. Gunning to grow further, Fraazo has been actively working for the past two years to set a strong foundation for a robust end to end supply chain. Successfully so, they now offer a reliable solution for the needs of consumers who prefer farm fresh groceries.

“We at Fraazo have created the one touch delivery farm to home category in India. Our first step was to lay the foundation for a strong integrated supply chain to facilitate seamless delivery to customers. Today, we are number one in Mumbai and in a matter of just two months, we are number one is Hyderabad as well. We have the strongest network of end-to-end supply chain and ‘dark stores’ which has been instrumental in our incredible growth and success till date. Our strong back-end has not only accelerated our delivery time but also the velocity with which we are growing. We are looking forward to expanding by 10x in the next five months and to reach 20 million households by end of 2022.” said Atul Kumar, Co-Founder & CEO, Fraazo.

As of today, Fraazo is operating collection centers spread across 25 districts, 6 states and has a network of thousands of farmers across India. Fraazo has doubled its user base in last 2 months with 6L+ monthly active users.