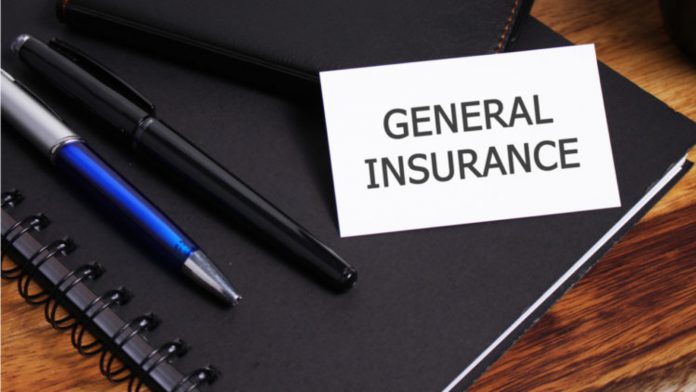 Assists by higher growth and rush towards health and motor insurance segments, the General insurance industry is nearly to hit a 7-9% GDPI (Gross Direct Premium Income) growth in FY22. As per the credit rating agency, ICRA has stated in its report that the industry’s total GDPI has grown to 4% on a year-on-year basis to ₹1.85 lakh crore in FY21.

While Public Sector Insurance Co.’s were failed to adjust & adapt to new normal online mode of work which has led to slower growth of GDPI, as there was more dependency on physical meetings & not adapting to the new normal change and to become adaptive, which resulted in 2% year-on-year basis decline in insurance business amounting to ₹71,800 crores in  current FY21, whereas, the private sector companies declared a highest 8% year-on-year basis increase in GDPI amounting to ₹1.13 lakh crores in same FY as compared to the public sector insurance company, the further agency added.

As General Insurance Co.’s are expecting a 7-9% growth in GDPI in FY22, assisted by huge growth in health segment as Covid-19 pandemic has let people plan healthcare insurance for themselves and their family members as in today’s time everyone has become health conscious and a rise in motor vehicle insurance segment too.

The particular analysis is based on the performance of 17 general insurance companies closely representing 90% of the industry-wide GDPI written during the 9 months of FY21, the agency reported. Out of 17 General Insurance Companies analyzed, 4 are from the public sector and the rest 13 from the private sector.

Regardless of underwriting losses widen in FY22 due to a rise in medical claims following the second wave of Covid-19 spread, the insurance sector is expected to report a growth of  3-4.5% on marginal return on equity in FY22, largely supported by investment income which is mostly regulated by IRDAI(Insurance Regulatory &  Development Authority of India) the sector regulator.

As per the report, PSU insurers are expected to get marginal GDPI growth of 4-5 % in FY22 because most of the insurers were remain stretched on their solvency profit, and state-owned insurers expected to post high underwriting losses of ₹12,400-13,500 crore in the current fiscal year. This is due to the mostly high combined ratio of 121-123% in 21-22 by probable high claims ratio of medical claims on account of uncertainty related to the second wave of the pandemic.

As Private Sector Players had a higher growth approach in 18-19 and 19-20, and have gained high market share from the PSU players. This sector was nicely able to adapt to new changing business dynamics in FY22 at a faster pace.

The General Insurance sector is expected to be supported by high under penetration across the different segments in the general insurance industry & likely the demand for the health segment (health insurance and medical claims) post-pandemic will be much higher.

There is also a chance of consolidation among the small players in the industry to grow and compete with other big players.