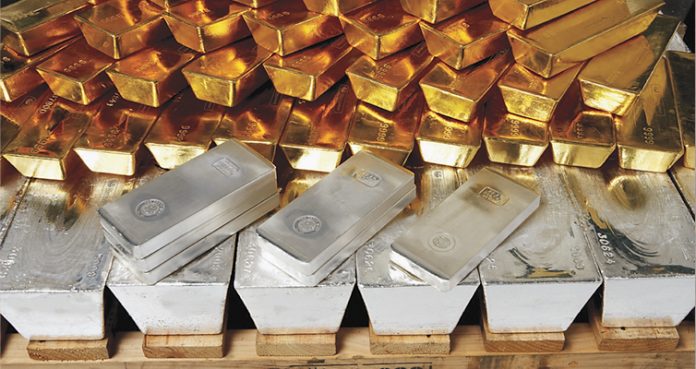 In the week that passed by, crude oil prices fell back to $60 per barrel on the other hand commodity prices traded volatile with bullion prices ended lower. Copper reached a nine-year high due to supply deficit and higher demand optimism, so did other base metals. Gold prices lost more than 2% for the week and traded lower having spot gold prices at COMEX at $1784 per ounce. At the MCX, Gold prices closed at Rs. 46,197 per 10 grams which was 2.37% lower and in line with its global peers and rupee appreciation. The spot rupee ended up being 0.14% higher as against the dollar for the week. SPDR Gold Shares fell from the previous week’s 1,142 tons to 1,128 tons resulting in the continued liquidation of Gold ETF holdings. Due to the slump in gold prices, money managers decreased net long positions by 22,720 lots as stated by CFTC data. On the other hand, spot silver prices at COMEX fell by 0.26% to reach $27.29 per ounce for the week as the silver prices closed with marginal losses. MCX Silver March futures ended at Rs 69,012 per Kg which was a 0.15% low. As per CFTC, the net long positions were increased by 1299 lots by the money managers last week.

The rise in prices of US bond yields and strong equity indices due to positive economic data led to the decline of precious metals. On Friday, bullion prices halted a six days decline as the prices reversed from support levels on the inflation hedge and $1.9 trillion stimulus hopes. The US Federal Reserve balance sheet reached $7.512 trillion a record high and a sequential $124 billion uptick which is the highest since May.