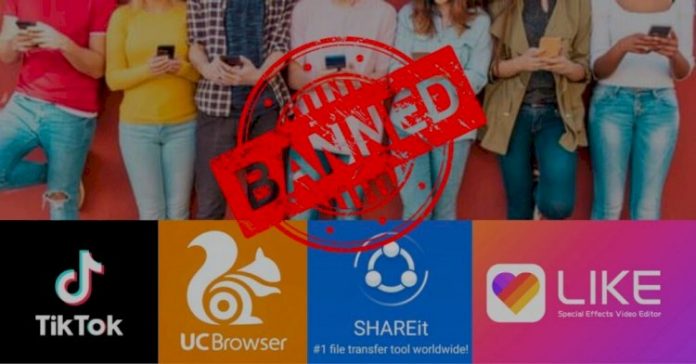 The Ministry of Information Technology, using its power under Section 69A of the IT Act and with the prevailing anti-China sentiments in the country, the government has announced a ban on 59 Chinese apps, including popular ones like TikTok and UC Browser. The government said that they’re engaged in activities that are prejudicial to sovereignty and integrity of India, security of state and public order and defence of India. This move is also claimed as necessary to “safeguard the interests of crores of Indian mobile and internet users”.

India has emerged as a leading innovator in the areas of technological advancements and a primary market in the digital space over the last few years. There are also concerns at the same time on the aspects relating to data security and safeguarding the privacy of 130 crore Indians and such concerns also pose a threat to sovereignty and security of our country. The ministry of IT received many complaints including the misuse of some mobile apps available on Android and iOS platforms for stealing and surreptitiously transmitting users’ data in an unauthorised manner to servers which have locations outside India.

On the basis of these concerns, the Indian Cyber Crime Coordination Centre, Ministry of Home Affairs has also sent a recommendation for blocking these malicious apps. Many officials from the Indian startup ecosystem welcomed this move from the government against platforms that have had serious privacy issues, national security and cyber security risks.

Naveen Tewari, CEO and Founder of InMobi Group, reacted to this move saying the decision as the “digital aatmanirbhar moment”. “As the amount one top video app on the Google Play Store, Roposo is extremely well positioned to steer this movement. Roposo will still repose on the trust and love that 55 million Indian users have placed in us,” he added.

Neel Gogia, Co-founder of IPLIX Media said, “this move will definitely impact the thousands of TikTok influencers who are dependent on the brand for their survival, have already reached out to us to know how they can reframe their strategies to reach similar audiences. The influencers and brands are busy changing their strategies to adapt to other platform.”

Weikfield introduces a digital audio campaign in this festive season