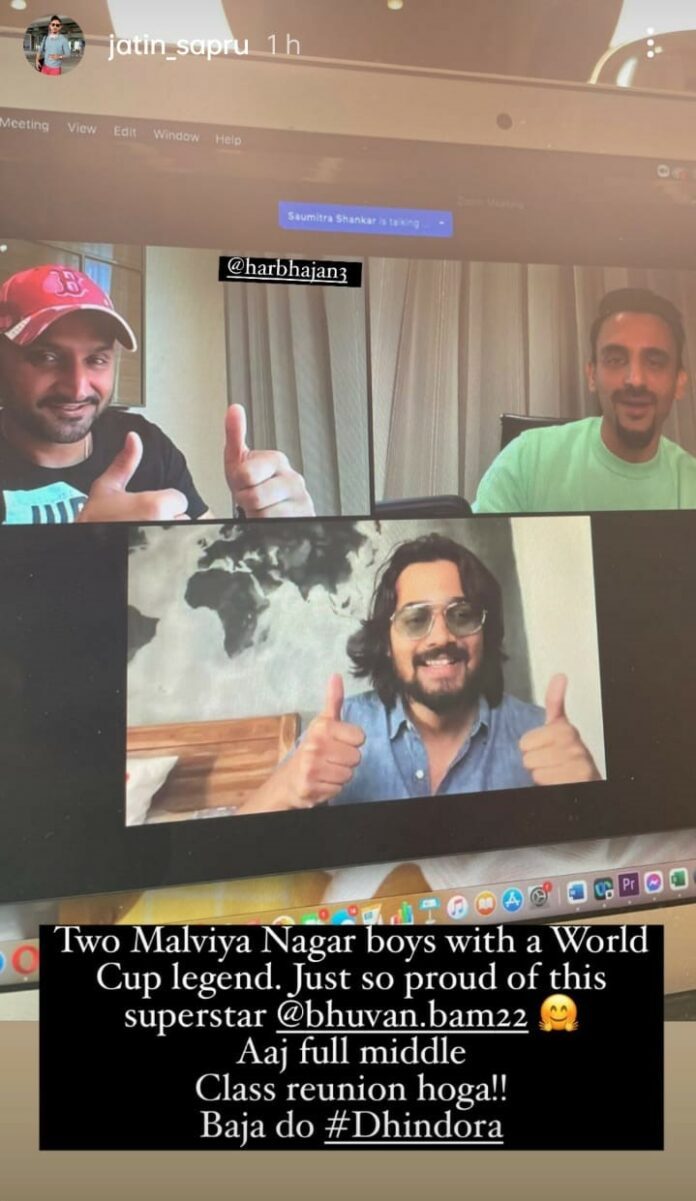 Mumbai: India’s most beloved YouTube sensation Bhuvan Bam took the stage, as his Dhindora banged all the way to the ICC Men’s T20 World Cup. Bhuvan was seen in conversation with Harbhajan Singh and Jatin Sapru during the Cricket Live yesterday.

Bam, who is known for his quick wit and humor, indulged in some nerve cracking banter with Harbhajan, reminiscing his grand hat-trick back in 2001. Bhuvan’s most celebrated characters Titu Mama and Babloo Ji were also seen chatting and sending their blessings to our men in Blue. Discussing their shared love for cricket and distinct cricketing experiences, the three dubbed some of the visuals from team India’s net practice sessions.

Bhuvan, who is essaying ten characters in his first ever web-show Dhindora, lended his uniquely mutable voice to the likes of Virat Kohli, MS Dhoni and Ravi Shastri during the Live. Dhindora which has been topping the list of the most-watched shows in the country since its release, has been garnering  heartily applauds from several bigwigs of the entertainment industry including Arjun Kapoor, Varun Dhavan, SS Rajamouli, Jr. NTR, Ram Charan, among others.

The OG content creator turned actor Bhuvan Bam, who’s been in the news for donning many hats on and off screen, most recently for his debut show ‘Dhindora’ turned a commentator this Sunday.