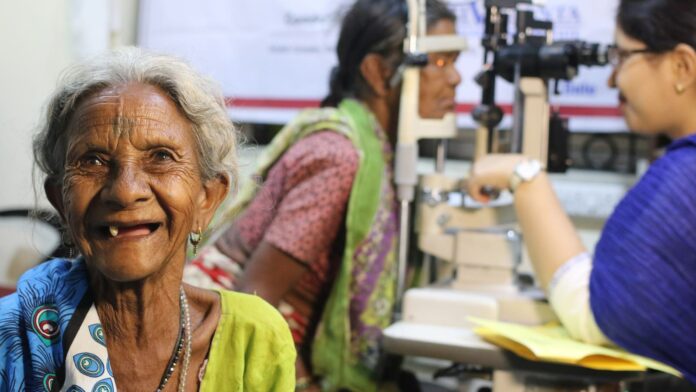 Bangalore, August 5, 2022 : HelpAge India, a non-governmental organization addressing the needs of disadvantaged and vulnerable elders for more than four decades was accorded with a Grading Certificate from CRISIL with a VO1A rating, the highest given to any Voluntary Organization.

CRISIL (an S&P Global Company) is India’s leading provider of ratings, data, research and analytics. Its VO grading is an independent opinion on a VO’s relative capability to achieve its stated objectives in a sustained manner. The V01A grading has been made after assessment on two main parameters – delivery capability and financial proficiency – and on both the highest rating was awarded. The process includes comprehensive review of governance structure, management capabilities, internal controls, programme implementation capabilities, funding profile, donor and beneficiaries feedback. The research covered key stakeholders, the breadth and depth of work being done and its impact on transforming lives.

HelpAge India runs healthcare, age care, livelihood, disaster relief & rehabilitation, research & capacity building programs throughout the country enabling support to 2 million plus needy population & advocates strongly for the cause and rights of the elderly. It partners with central and state governments (e.g. implementing ElderLine 14567 initiative in eight states), corporates under CSR (programs such as Mobile Healthcare Units, Vaccinations, Vision Care, Senior Citizen Homes, Elder-Self-Help-Groups, Digital Literacy), foundations and social sector organisations. It also informs & advises the government in formation of policy related to the elderly. It recently became the first and only Indian organization to be honoured with the ‘UN Population Award 2020’ for its exemplary work in the field of ageing and population issues.

“The VO1A grading is a testimony of the strength of the organisation and the impact we are making in improving quality of life of elders and community, through the hard work of each member of the HelpAge family and the faith our partners, donors and supporters have shown in us. We work hard to ensure that the best practices are followed and there is financial transparency in our operations. Advancing our mission is made possible due to spirit of service across the organisation and the commitment of our teams on-ground, exemplified during the pandemic when they put themselves at risk to ensure spoor and vulnerable elders are reached out to and not left behind in the struggle for survival & a life of dignity.” says Rohit Prasad, CEO, HelpAge India.