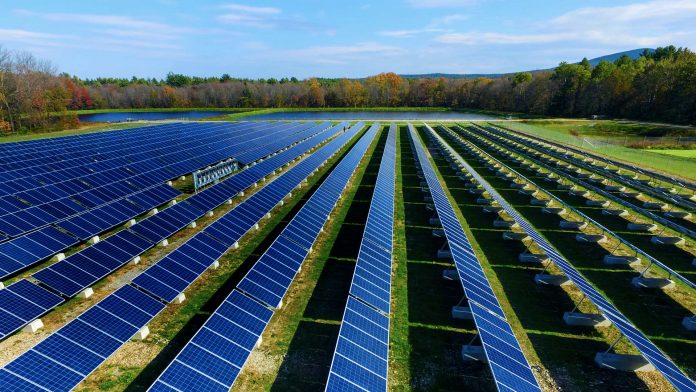 Over the past few decades, the world has witnessed tremendous growth and revolutionary changes in science and technology. Man has become the creator of magnificent innovations. On the other hand, growth and development often touted as a panacea for ill afflicting nature. The scientific and technological achievements lead to rapid industrialization and urbanization which has a devastating effect on nature.

India is a fast developing country that ranks third-largest carbon dioxide emitter in the world. This is one of the main reasons India adopting various renewable energy sources in its industrial operations. The solar energy sector is a fast-growing industry in India since it entered into the Paris Agreement in the year 2015. According to the Ministry of New and Renewable Energy (MNRE), Government of India, the country stands 5th in the world for overall installed renewable energy capacity and targets to achieve 175 GW by 2022.

The central government’s decision to impose basic customs duty (BCD) of 40% and 25% on the import of solar cells and modules from FY23 is expected to increase solar tariffs, as 60% of the cost incurred in the solar projects are for modules and are imported cheaply from China. The replacement of Chinese modules with Indian products will likely increase solar tariffs. The domestic modules cost 29-30 cents per watt-peak (c/wp whereas Chinese modules have the price of 23-24 c/wp. The government stated that from April 10 onwards all solar projects backed by the central government schemes should use solar equipment from entities that are part of the approved list of models and manufacturers (ALMM).

Amit Kumar, partner and leader, energy at PWC India says that with the rise in the price of commodities in the world, imposing BCD on solar equipment will increase solar power tariffs to 20%. The first auction held in Gujarat after the announcement of BCD on solar equipment quoted a tariff of Rs 2.20/unit whereas, in December 2020, it was Rs 1.99/unit. The importance of imports in solar capacity addition is evident from the fact that there is a 45% y-o-y decrease in capacity addition for the period April-January of the last fiscal. There is also a large decrease of 75.4% in import i.e., 392.8 million because of covid-19 restrictions. According to Naveen Arora (AVP, procurement at Amplus Solar tells FE), Indian manufacturers set prices based on the Chinese imported materials, rather than adjusting prices based on production costs.

On the other hand, the government declared to eliminate 15% safeguard duty on import of solar parts before implementing BCD. It is expected that it will increase imports from China and helps the current undergoing projects.

IEA has urged the country to set a new record in renewable energy capacity addition in 2021 and 2022 by commissioning projects which are stuck due to the Covid-19 crisis.

Author - October 13, 2021
0
Not surprisingly, data science has become a great career option over time. This field has so much potential that it has opened...

Where are high net worth individuals (HNI) and Ultra HNI investing...