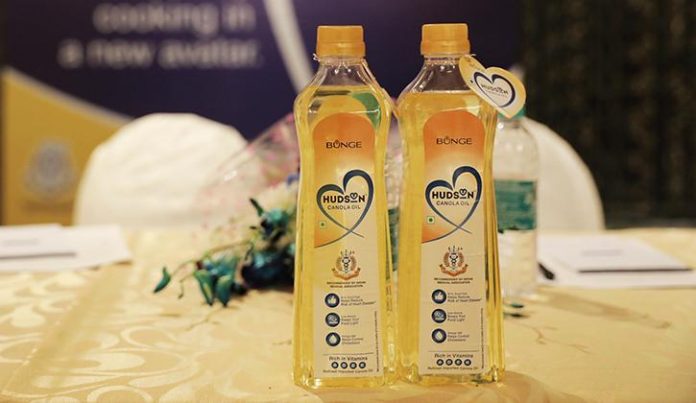 NEW DELHI – The start of a new year, especially a new decade, brings new beginnings and a chance to set goals for the year ahead. Hudson Canola Oil, has come up with a new campaign addressing the importance of a healthy life and maintaining an active lifestyle. The campaign is conceptualized and executed by Grapes Digital. The tagline of the campaign says, #ItsTimForHudson, #ItsTimeForHealth, and brings a better habit in 2021 by choosing Hudson Canola oil!

Hudson canola oil, which is recommended by health experts to keep you and your family safe from unwanted health issues. The brand created buzz around the fitness mantra of nine major influencers with their video answering the frequently asked questions on their social media platforms. The brand leveraged the campaign through digital platforms and collaborated with nine major influencers like Sanaya Irani, Kishwer Merchant, Nidhi Singh,  Prakriti Kakkar, Nidhi Mohan Kamal, and others, who belong to different genres and walks of life. The video created by the influencers answering the FAQs explored the various aspects of a healthy lifestyle along with using healthy Hudson Canola oil.

The influencers interacted with their audience by posting videos to spread  the message about adopting a healthy lifestyle and encouraged everyone for a healthier resolution in 2021. The brand with the help of influencers  encouraged consumers to look at fitness and heart health in a new manner. The campaign went live in the last week of December and  continued till January on social media platforms like Facebook and Instagram and has received tremendous response from the audience.

Speaking about the campaign, Mr. Milind Acharya, Marketing Head – Bunge India said, “Hudson Canola Oil has always been the top preferred choice among the houses. It is our responsibility to conscious people to have a healthy lifestyle. People are mostly confined to home these days, which has minimised their day-to-day activities. Our new campaign is to urge customers to care about their hearts and adopt Canola oil for cooking purposes as it contains good amounts of monounsaturated fats, omega 3 and omega 6 fatty acids, which makes it one of the healthiest cooking oil in the market.”

Canola oil has more than 90% good fats, which helps cut cholesterol levels and is recommended by Indian Medical Association. It is considered as one of the most ideal oil while cooking given its high MUFA content and is naturally rich in vitamins E and K. It is overall one of the healthiest cooking medium on account of its higher amount of Good Fats. Hudson canola is one amongst the very few healthiest vegetable oils that is loaded with abundant goodness in a wholesome manner.

Ananthu B S - March 2, 2021
0
With regards to custom, HUL's Surf Excel has launched its 2021 Holi campaign with its slogan #RangAchheHain. The correspondence on this topic...