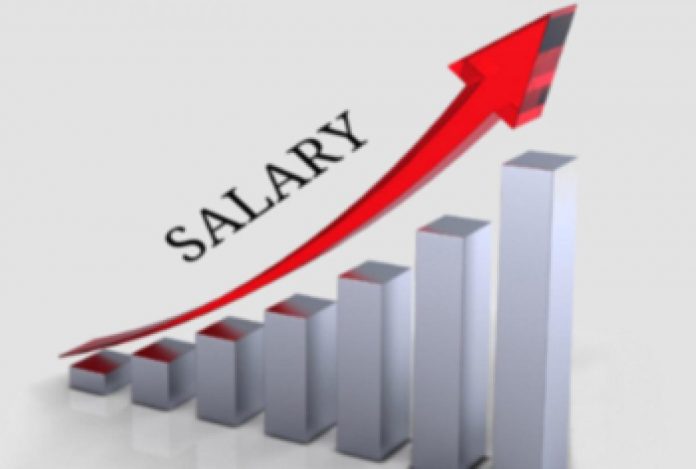 After three years of negotiations, the Indian Banks’ Association (IBA) signed the 11th bipartite wage agreement with nine Bank Unions and Associations. IBA Chief Executive Sunil Mehta, in a statement, said that the wage revision agreement would be effective from November 1, 2017, giving a 15% increase in the payslip.

The pay hike that applies to Public sector banks, old private banks, and some foreign banks would be effective for a period of five years starting from November 1, 2017. IBA stated that to instil competition and reward performance of the employees of public sector banks are shifting towards Performance Linked Incentive (PLI) scheme. The scheme would be based on operating profit or net profit of individual banks and will be effective from the current fiscal year. It is payable to all employees on top of their actual salary. It is expected that Performance-linked pay would improve the productivity of employees. PLI scheme is optional for private sector banks and foreign banks.

Employees of 37 banks will benefit from this new wage agreement. The agreement will lead to an additional yearly expenditure of Rs. 7,898 crore for the banks. For the first time, a joint statement by the four unions representing the workers stated that there would be a uniform basic allowance, dearness allowance, house rent allowance (HRA), special allowance, and transport allowance. The HRA rate throughout the country would be 10.5% on pay.

The bi-partite agreement is a platform where bank employees renegotiate wages every five years. The wage agreement also incorporates various benefits to employees and changes in service conditions. The tenure of the previous wage agreement ended in 2017. Long-drawn negotiations and COVID-19 lockdown delayed the current wage agreement. According to the statement by IBA, UFBU (United Forum of Banks Unions) and also BKSM (Bank Karamchari Sena Mahasangh) were also parties to the agreement. Employees demanded mainly three things- wages on a par with central pay commission, a five-day working week, and updating the family pension. Since the government revises the pay scale of public sector employees in institutions like Life Insurance Corporation, and other public sector insurance companies, RBI, and public financial institutions like NABARD based on the wage agreement, it is significant to employees of these institutions also.

Betty Sebastian - October 21, 2021
0
TV9 Network is one of India’s most credible news networks. It works to empower citizens by delivering free, fearless, and unbiased news....