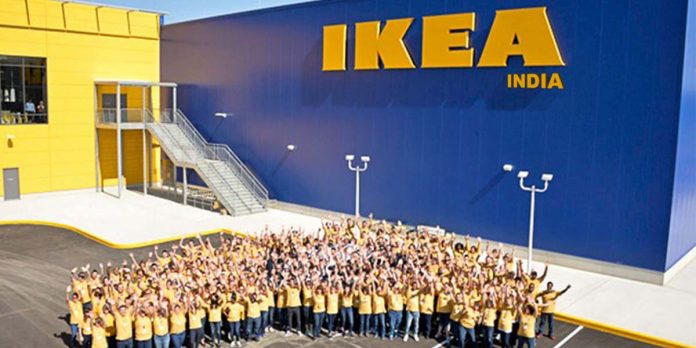 The announcement about the acquisition of a 48,000-square-metre land parcel in Noida was announced by Ingka Group, which is the parent company of Swedish home furniture giant Ikea to develop an Ikea store anchored retail shopping mall under the Ingka Centre’s business concept called Meeting Place. There are currently 45 Meeting Places across the globe. This is the first initiative in India. The total investment made is said to be close to Rs 5,500 crore (above €600 million). The company opened its first Ikea store in Hyderabad and launched the second Ikea India store in Mumbai in December 2020.

This investment could create job opportunities and could boost the organized retail and furnishing sector. The Company stated that Meeting Places are different from typical malls in the sense that they bring many people together for multiple reasons by providing a sustainable mixed-use destination for them. It looks forward to creating value for customers, communities, and partners. They have targeted the millions of people living in and around Noida and they see India as a dynamic market and marks the acquisition as one of their key milestones. They intend to build emotional attachments with the local community. The Managing Director of Ingka Centres, Cindy Andersen said that the concept in itself is built around the local communities’ needs.

CEO and CSO of IKEA India said that the Delhi-NCR region is one of their most important markets and expressed his happiness in announcing their first Ikea store in Noida. He also said that they aim to meet 100 million people in India in the coming years. In the ceremony held to hand over the land, Chief Minister Yogi Adityanath gave the group a very warm welcome.

Ananthu B S - March 5, 2021
0
As COVID-19 previously pushed areas of customers inside a year prior, advertisers moved concentration to the idea of digital community building. Brands,...