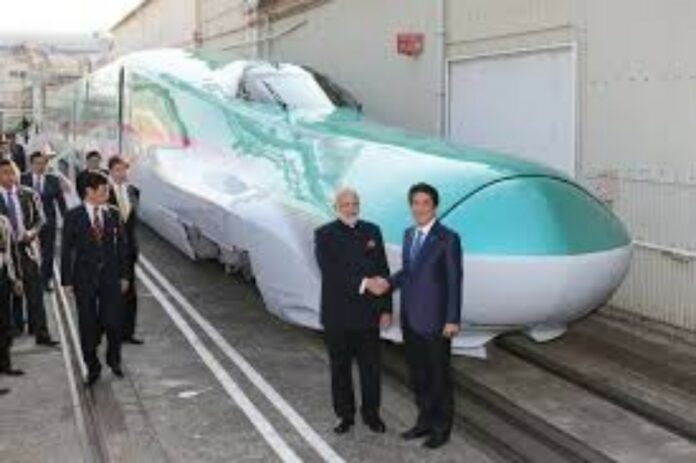 Indian Railways plans to increase the speed of the new version of the Vandebharat Express from 160km/h to 180km/h this year. The train will run at a speed of 220 km/h by 2025, after which it will accelerate to 260 km/h. This is comparable to the speed of most European high-speed trains. VandeBharat Express serves European countries.

Railway plans to increase the speed of the new version of the Vande Bharat Express from 160 km/h to 180 km/h this year. Trains will travel at a speed of 220 km/h by 2025, then accelerate to 260 km/h. This is the same speed as most European high-speed trains.

At the Mint Mobility Conclave, Minister of Railways Ashwani Vaishnau said the development of the Vande Bharat train took a leaf out of Japan’s book, where high-speed trains have gradually picked up speed since their introduction in 1959. . They are currently running at a speed of about 320km/h.

VandeBharat will also increase speed in stages, further enhancing the overall passenger experience and safety. The first version of the VandeBharat train will be launched in 2019 as part of the Make in India initiative and is expected to reach top speeds of 160km/h. However, the second edition, which goes into service this month, has increased that speed to 180 km/h, with 75 trains running until August 15 next year as part of the country’s 75th-anniversary celebrations.

Vaishnav said Vande Bharat versions 3 and 4 operate at speeds of around 220km/h and 260km/h respectively. The tender for VandeBharat 3 is expected to be completed by December and the high-speed train is expected to join the Indian Railways’ fleet by 2025. It has traveled 1.8 million km so far. The technology is now proven and we are confident that trains will become the leading provider of high-speed mobility in the country,” Vaishnav said. VandeBharat2 is an upgraded version of the introductory version and offers a better ride through use. air spring.

The train also has improved seats and interiors, as well as a built-in collision avoidance system. VandeBharat 3 will be lighter thanks to the extensive use of aluminum and better wheels for high acceleration.

Passionate in Marketing - August 18, 2022
0
A first of its kind initiative integrated with the school teaching-learning process for learners in Classes 9th and 10th...

Over 30% of Indian employees say they are very likely to...