Jan 11, 2013: Indian consumer electronics market which has been witnessing sluggish sales has become the fourth largest market for Sony after US, China and Japan. Sony witnessed a growth of nearly 20% for its products and increased its revenue to Rs. 6,313 crore compared to Rs. 5,446 crore last fiscal. The company is expecting a growth of 30-40% this year in India. Sony has seen a major demand for its Bravia, Vaio and Xperia models in Television, Laptops and mobile market in India and these are the models which are driving sales for the company nearly contributing 70% to the company’s revenue. Sony has been reporting losses in its home country. The factors which contributed to the losses are tsunami in Japan and floods in Thailand. Unfavourable exchange rates and near recession situation in developed countries have also contributed to these losses. India becoming the fourth largest market for Sony is really very good news for the company since 5-10 per cent of revenue is contributed by Indian market only. 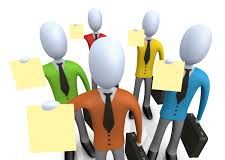 Scooters make a powerful comeback with many features

The Campaign that “Can”

Flipkart aims to be largest furniture retailer in India this year