Bengaluru, October 27, 2021: Instamojo, a leading eCommerce platform for independent business and D2C brands witnessed a significant spike in the opening of new online stores this festive season. The portal witnessed 135% of growth in merchant on-boarding in the month of October 2021 till date. Given the consumer demand for products during Diwali, the company expects further spikes of 2X in merchant sign ups in the next two weeks.

During the Dusshera period, the platform witnessed significant growth in DTC businesses, especially in Arts & Crafts, Education & Books and Clothing &Accessories sectors. Since the activation of the beta version of the Instamojo e-commerce platform in February’21, it has seen 2.5 lakh plus DTC merchant subscriptions, accounting to more than 100% growth in the 1st quarter post the launch. Instamojo currently has a merchant base of more than 2 million small business owners. The company aims to on-board more than 250,000 small businesses by the end of FY’22.

Sampad Swain, CEO & Co-founder, Instamojo said, “As more entrepreneurs and small business learn the benefits of selling independently online, we can expect the DTC model to catalyse business growth in the new normal. Year on year, the festive season witnesses peaks in consumer demand in the retail sector. In-line with the same, we saw a 135% increase in merchant on-boarding the last few weeks and further expect 2X growth in new sign-ups during the Diwali period.  The launch of the beta version of our e-commerce solutions earlier this year was well received by merchants across the country especially from the non-metros. With newer additions and offerings, to provide full stack facilitation for DTCs, we look forward to further fostering the growth of independent businesses and entrepreneurs online, in India.”

As per recent data from the platform on merchants creating online stores, the company has seen maximum traction from the Pune, followed by Delhi, Mumbai and Bangalore amongst the metros. Amongst the non-metros, Lucknow leads the way, followed by Jaipur and Ahmedabad where the top e-commerce categories included fashion, art and food.

Instamojo’s e-commerce platform offers merchants the tools to build and manage their own business website, along with other integrated services which include digital payments, logistics, instant pay-outs, access to credit, marketing tools and CRM for business to gain visibility. Merchants can opt for the “The Do it for Me (DIFM)” feature where Instamojo’s tech experts take charge of building a merchant’s website to provide a hassle free experience.  Instamojo also offers merchants the free learning platform called mojoversity. 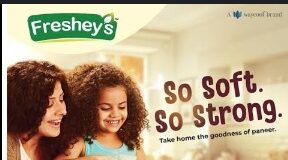 Ishita Vardhan - January 25, 2023
0
Freshey's rolled out a new television commercial to introduce paneer as a fun protein to the people. The campaign will be broadcast...