In 2000, this sector was liberalised by the Government. Over the past 14 years, the insurance sector in India has noticed greater competitiveness because of multiple players. Insurance Regulatory and Development Authority (IRDA) frames regulations for insurance sector, from registration of insurance players to protection of policy holder’s interest. The insurance sector is invariably elaborating and requires continuous changes by the government to be competitive. In 2014 some changes happened in the insurance sector and the most important is the proposal to increase the foreign investment cap from 26% to 49% for the sector.

In July 2014, the Union Budget presented by the government settled a goal of increasing the FDI limits. On Dec 10th 2014, the parliamentary committee recommended lifting of the limit to 49%. It is expected that there could be some hiccups to pass the Bill. Increase in FDI limit will give the insurance sector in India the access to unfamiliar funds, and make the sector more competitive. Access to international best practices and entry of mature players will help in the expansion of the sector.

IRDA has also made changes on the regulatory front. In September 2013, the insurance repository was introduced as a facility to maintain insurance policies online in the demat form. This system helps in easier maintenance of policies and to reduce the risk of losing physical policy documents. Another development in the sector is the introduction of new guidelines with respect to Unit Linked Insurance Policies (ULIPs). During the last decade, ULIPs were very popular as agents and insurance players betrothed high returns and attractive features. Regulating a unit linked product was needed to protect policy holders’ interest.

Another is the advent and popularity of online term plans. A term plan bought online from the insurer’s website is cheaper than that bought offline. Portability of health insurance policies is another expansion by IRDA in 2014. The insurance sector in India is expecting some changes in the operational as well as ownership levels in 2015. First, the sector is expected to declare consolidation on the back of the proposed hike in the FDI limit. Next, the distribution infrastructure could also declare some changes. In the future it is said that with growing awareness, people will start to appreciate the significance of buying an insurance cover.

The range of product offerings is also expected to boost in 2015. Innovation in product offerings, which calls for differentiated products is going to be the key. According to IBEF, the insurance sector in India is all set to grow at CAGR of 12%-15% over the subsequent years. It should not be a difficult thing, because the fact that India is having high a asset rate. 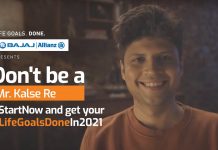 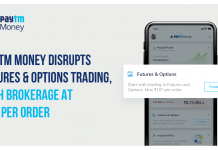 Archana B S - January 13, 2021
0
After all the technology, design, advertising, insights, partnerships, and discounts, the moment of truth is revealed on the e-commerce website on the...