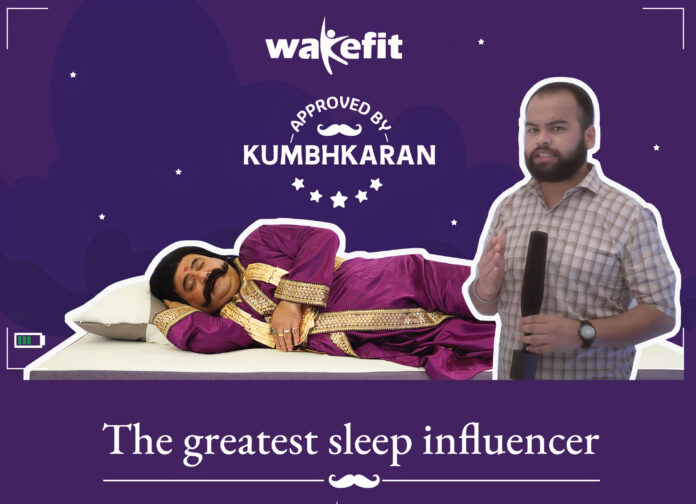 Wakefit.co Gets its Mattresses Approved by the World’s Biggest Sleep Influencer, Kumbhkaran, this Festive Season!

Bengaluru, 08 October 2021: A reporter out to uncover the truth, a lab technician explaining the science of sleep and in the midst of it all is the biggest sleep influencer history has ever seen; Kumbhkaran! Wakefit.co, India’s largest D2C sleep and home solutions startup, has unveiled its festive campaign this year, in a video filled with drama, intrigue, humor, sarcasm, and most of all, the love for sleep. The campaign demonstrates how Wakefit mattresses are #ApprovedByKumbhkaran, and how science, R&D, and customer feedback come together to make Wakefit mattresses the most reviewed and rated mattress online.

The #ApprovedByKumbhkaran short film, which is the anchoring video for the campaign launch, opens with a reporter visiting the Wakefit.co lab to uncover the truth, about how the Bengaluru-based startup has trapped the world’s biggest sleep influencer, Kumbhkaran, in its ‘Neend ka Mayajaal’. As the film progresses, a lab technician, who is a representative of Wakefit, takes the reporter through the Wakefit laboratory, showcasing the R&D, extensive testing, and reliance on science to create high-quality mattresses for India. He takes the reporter to a soundly sleeping Kumbhkaran and demonstrates the four different kinds of Wakefit mattresses, all while rolling Kumbhkaran around and not disturbing him in the slightest. He asserts that the mattresses are so good that each one has been tried, tested, and #ApprovedByKumbhkaran.

Developed and conceptualized by Spring Marketing Capital, Wakefit.co’s latest campaign is an attempt to showcase the science and research that goes into creating Wakefit mattresses, while also highlighting the four varieties of its mattresses. The campaign introduces Kumbhkaran as  the most experienced and influential sleep enthusiast on Planet Earth. The campaign will be amplified across social media, YouTube, influencers, publishers, marketplaces and more, to create visibility and establish Wakefit as a leader in the mattress category this festive season. With families across India gearing up to refurbish their homes, the campaign aims to create awareness and top-of-the-mind recall for Wakefit.co’s offerings.

Talking about the decision to get its mattresses #ApprovedByKumbhkaran, Chaitanya Ramalingegowda, Co-Founder and Director of Wakefit.co., said, “We have been looking for sleep influencers across the country for a while now. With our sleep internship program, we have celebrated people who love sleep. But for the festive season, we needed the biggest sleep influencer there ever was. And who better than Kumbhkaran to exemplify the need for sleep in Indian households!”

He added, “With the #ApprovedByKumbhkaran campaign, we not only wanted to inject our usual dose of light-hearted humor but also bring to light our R&D capabilities – demonstrating that our mattresses are made with science. Our mattresses are one of the highest-rated on the internet, with more than 1 Lakh reviews, and we wanted to showcase our leadership in the market through this campaign.”

Sandeep Balan, Partner (Branded Content) at Spring Marketing Capital, said, “We have always furthered the art and science of sleep with Wakefit. Sleep Internship was our way of celebrating people who prioritise sleep over everything else and making them sleep champions. Kumbhkaran is the most popular sleep celebrity there ever was and the attempt with the #ApprovedByKumbhkaran campaign is to continue using our brand of humour to be a part of sleep conversations.”

For the festive season, the Bengaluru-based company will be providing its wide range of sleep and home solutions at highly affordable prices to help drive superior sleep habits and a culture of investing in restorative lifestyle choices. The witty campaign reflects the company’s focus on producing rich content that contributes towards building a highly engaged digital community. 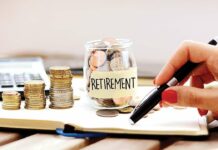 Delve into a palatable paradise this festive season with a delectable...