Jaguar Land Rover (JLR), the luxury car subsidiary of Tata Motors has reported a decline of 42 percent YoY in its retail sales whereby the sales for June quarter stood at 74,067 units. The global crisis caused by the pandemic is responsible for the drop in retail sales. Land Rover sports utility vehicles contributed nearly 75 percent of total JLR sales for the year, with retails of 55.280 units, although the volumes were down 38 percent YoY. Jaguar’s sales for the June quarter were 18,787 units, down 53 percent YoY. Earlier during the last week of March, the company had halted production at its manufacturing plants in the UK to avoid the rapidly spreading disease. On May 18, it resumed operations at its units Solihull (UK), Slovakia, and Austria. Meanwhile, JLR resumed operations from the last week of February at its joint venture plant in Changshu, China.

JLR said that rigid lockdowns and social distancing steps for COVID-19 resulted in most retailers and the company’s manufacturing plants being temporarily shut down in April and most of May. The British carmaker updated that more than 95 percent of its worldwide retailers are now open (or partly open) and all factories, except the Castle Bromwich factory, have resumed production. JLR’s global retail stood at 35,334 units in June, down 25 percent from YoY. This included sales of 26,621 units from Land Rover (down 17 percent from YoY) and 8,713 units from the Jaguar sedans, which saw a 42 percent YoY decline. The company announced China is leading its turnaround as retail revenues for the June quarter were down by just 2.5 percent.

Meanwhile, Q1FY21 retail volumes of JLR in other major markets such as North America fell by 32 percent, the UK fell by 70 percent, Europe fell by 59percent, and overseas sales fell by 47 percent. The company said the demand was led by Range Rover Sport, Range Rover Evoque, and Land Rover Discovery Sport as all models reported lower YoY sales over the period. JLR bets heavily on its recently introduced SUV Land Rover Defender, which has an order from over 22,000 units and saw sales of 1,970 units in June after retailing in the United Kingdom and Europe in May and the United States in June. The Defender’s deliveries will begin in China from July.

The company said it ended the June quarter with GBP 2.7 billion cash, and GBP 4.6 billion overall liquidity including GBP 1.9 billion undrawn credit facility. In an effort to further improve liquidity and transform FY22’s JLR cash-positive, management planned rigid cost control and roll-back steps during the fiscal year. While JLR’s FY21 CAPEX will be rolled back from GBP 4 billion to GBP 2.5 billion, new cost-saving plans are being introduced to save GBP 5 billion by March 2021, up from the previous target of saving GBP 4 billion for the same period under project fees and fees plus, said PB Balaji, Chief Financial Officer at Tata Motors. 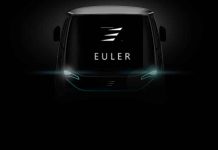 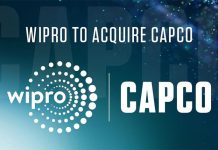 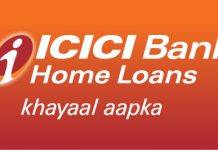 Adith Krishnan - March 6, 2021
0
DE-CIX is an internet exchange operator whose international chief executive officer Ivo Ivanov said that the consumption of data in India has...