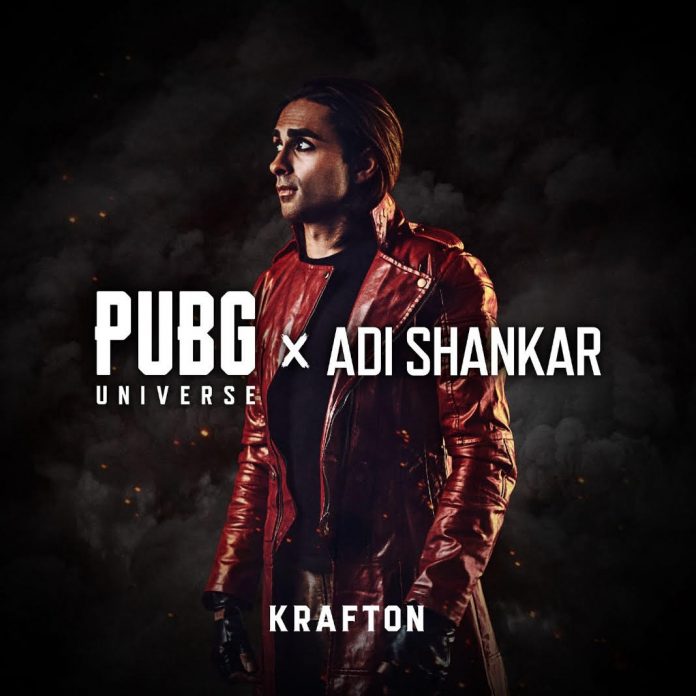 Mumbai, 21st July 2021: KRAFTON, Inc., responsible for entertainment properties such as PUBG: BATTLEGROUNDS, today announced that it has signed Adi Shankar to create and showrun an upcoming animated project based on the hit franchise.

One of the most innovative content creators in Hollywood today and a geek culture visionary, Shankar’s credits include the smash hit Netflix Original Series “Castlevania,” which ended its fourth and final season to unanimous critical acclaim in May of this year, “The Grey” with Liam Neeson, noir classic “Killing Them Softly” with Brad Pitt, cult superhero hit “Dredd” with Karl Urban, “The Voices” with Ryan Reynolds, and “Lone Survivor” with Mark Wahlberg. Along with his traditional work, Shankar is also known for creating the Andy Warhol inspired award winning unauthorized video street art series, “The Bootleg Universe,” where he reimagines and subverts pop culture iconography. With Shankar’s vision, the company looks to shape its upcoming animation project and bring the world of PUBG to life.

“As a player, I’ve been crushing the competition in the Battlegrounds since PUBG released in 2017. I’m grateful to KRAFTON for the trust and confidence they’ve placed in me to execute my vision as a filmmaker and I’m excited to embark on this journey together,” said Adi Shankar. “To me, this animated project represents another step in the evolution of mending the torched bridge between the games industry and Hollywood. I look forward to revealing to everybody what winning a chicken dinner looks like.”

“In addition to the continued development of new and engaging in-game PUBG content, our partnership with Adi Shankar represents a step into our broader strategy of expanding the PUBG Universe into a multimedia franchise,” said CH Kim, CEO, KRAFTON, Inc. “We are excited to work with Shankar on exploring and realizing a world that brings the game to life for our fans. We look forward to sharing more about this animated project in the near future.”

This project exemplifies KRAFTON’s recent diversification of its IP business, which seeks to expand original IP into larger multimedia franchises. In addition to Shankar’s announced animated project, the PUBG Universe has expanded with the recent releases of its first live-action short film, “Ground Zero,” starring Don Lee (“Marvel Studios’ Eternals,” “Train To Busan”) and its investigative “docu-series” starring Jonathan Frakes (“Star Trek: The Next Generation,” “Beyond Belief: Fact or Fiction”) called “Mysteries Unknown: Birth of the Battlegrounds.” Other company investments include Hidden Sequence, a Korean drama production company, and the announcement of Project Windless, which KRAFTON plans to develop into a game and larger multimedia franchise based on the Korean fantasy novel, “The Bird That Drinks Tears.”

With more than 55 million gamers playing daily across all platforms, the PUBG franchise has sold over 70 million copies on PC and console and received over one billion downloads on mobile. As one of the best-selling video games of all time, PUBG has garnered several accolades, including seven Guinness World Records and multiple Game of the Year Awards since its introduction in 2017.

For the latest around the PUBG Universe, including secrets around how the Battlegrounds was created, visit the official website or follow PUBG Universe on social channels (Twitter/Instagram/Facebook). For assets, please visit https://press.pubg.com/.